The golden age of antibiotics is under threat

The next pandemic: antimicrobial resistance 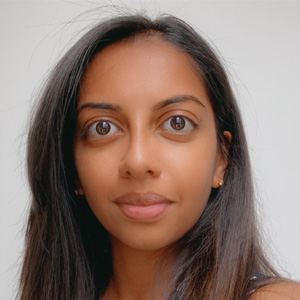 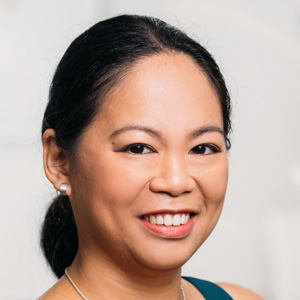 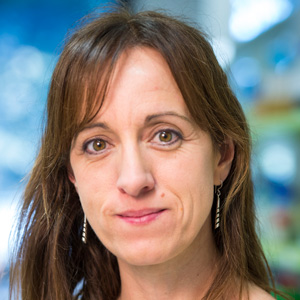 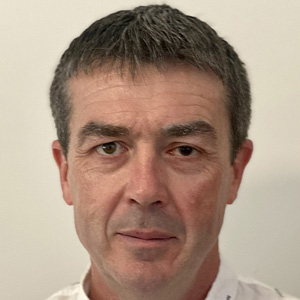 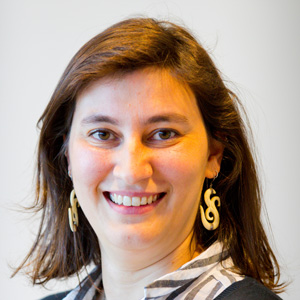 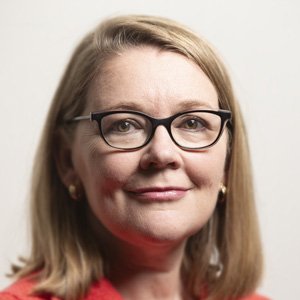 Antibiotics are substances that kill or inhibit the growth of bacteria, and are at the heart of our defences against a range of bacterial infections that would otherwise be untreatable. They enable the safe and effective treatment of many infectious diseases, especially those requiring hospitalisation where the risk of infection is increased. They have contributed to extending the average human lifespan over the past 60 years and to simultaneous economic growth over that same period.

However, the golden age of antibiotics is under threat. Bacteria can defend themselves against antibiotics by mutating or acquiring new genes and becoming resistant to antibiotics. This is known as antimicrobial resistance, or AMR. We face a looming public health crisis and possibly another pandemic—currently an ‘invisible pandemic’—as a consequence of rapidly accelerating AMR and decreased investment by pharmaceutical companies in new antibiotic discovery. The World Health Organization has declared AMR one of the top 10 global health issues needing attention. While this article focuses on antibiotic-resistant bacteria, there are also issues with drug resistance in viruses, malaria parasites and fungi.

The golden age of antibiotics is under threat.

The COVID-19 pandemic, its ensuing health crisis, and public health measures to counter it have highlighted the devastating consequences of an infectious disease's uncontrolled spread with no effective treatments. Antibiotics have so successfully treated bacterial infections that we have largely forgotten what it was like to live in the pre-antibiotic era and struggle to imagine what it would be like to live in the potential reality of a post-antibiotic era. The increasing spread of AMR is threatening to drag Australia, and the world, back to a scenario where we have no effective treatment for common bacterial infections. Currently manageable diseases are becoming untreatable: we are running out of effective antibiotics and our AMR defence systems need strengthening.

The impact of AMR

Drug-resistant bacteria can infect anyone, regardless of age, location or overall health and fitness levels. Without effective antibiotics, commonly occurring bacterial infections, such as urinary tract infections, food poisoning, or infection acquired after cuts or grazes, can result in increased patient morbidity (illness) and, in severe cases, mortality.

As AMR accelerates and resistant bacteria are transmitted through the community, Australians’ health and healthcare systems are threatened. Routine medical procedures such as wound care, caesarean sections and cancer chemotherapy that rely on antibiotic cover will be jeopardised—a once-treatable infection could develop into multiple, untreatable and chronic infections throughout the body. Patients contracting an antimicrobial-resistant infection have worse outcomes, experience longer hospital stays and require treatment with ‘last-line’ antibiotics which have significant side effects, including nerve damage, organ failure and hearing loss.

Last-line antibiotics are medicines that are only used when other more commonly-used antibiotics fail to treat the infection.

As with COVID-19, the impacts of AMR will disproportionately burden vulnerable populations, including the elderly, the immuno-compromised and those who live in remote regions of Australia.

In addition to the personal consequences of AMR, there are negative impacts on our community and Australia’s economic productivity. For example, antimicrobial-resistant infections are already increasing healthcare costs—in Australia, the average number of extra hospital days associated with AMR is 142 days per 100,000 patients.

Australian hospitals spend an additional $11.3 million annually to treat just two of the many AMR threats.

Patients with antimicrobial-resistant infections are more likely to develop health complications and their mortality rates are 2-3 times higher.

If not addressed, AMR could be responsible for 10 million excess deaths globally by 2050, compared to 8.2 million deaths caused by cancer.

Australian rates of wound, urinary tract and bloodstream infections are higher than in any European country. The prevalence of ‘golden staph’ infection is higher in Australian community settings than in hospitals. Common illnesses such as typhoid and sexually transmitted infections (such as gonorrhoea), which are usually easily treated with antibiotics, are becoming increasingly resistant to standard antibiotic treatments. Around 290 Australians die annually from infections caused by eight antimicrobial-resistant bacterial pathogens. Without intervention, this number will escalate rapidly to more than 10,000 Australian lives lost each year by 2050, at an annual healthcare cost of over $400 million.

Australia’s AMR policies, including the Australian Government’s National AMR strategy for 2020 and beyond, align with the WHO Global Action Plan (GAP). In particular, Australia’s response has been strong in surveillance of AMR and antibiotic use, antibiotic stewardship (that is, efforts to follow evidence-based prescribing and prevent inappropriate use), and boosting hospital infrastructure and training for infection control. Australia also leads several collaborative AMR-targeted initiatives in the Indo-Pacific region under the Department of Foreign Affairs and Trade, in response to the immediate threat of antimicrobial-resistant infections in our geographic region.

While these actions are important, Australia’s progress under other WHO GAP strategic objectives is lagging. Increasing public awareness of AMR needs to be prioritised: it is a prerequisite for changing doctors’ prescription habits, improving antibiotic use by patients, and driving political action towards developing new and sustainable solutions for Australians.

AMR is a global health challenge that requires a concerted global response. Like the global COVID-19 response, the spread of drug-resistant bacteria is not necessarily restricted within geographic borders. One country’s actions affect others if nations act independently of one another. Already, resistance against commonly-used antibiotics is being observed worldwide.

AMR defence systems can be strengthened by policies to educate and encourage behavioural changes in the prescription and use of antibiotics. Additionally, we should create an economic framework for the Australian-led development of new antimicrobial drugs, diagnostics and vaccines. We cannot wait or rely on other nations' innovations and sovereign capability is important as the COVID-19 pandemic has illustrated.

How do we fare on good governance and stewardship of AMR spread in Australia? Agriculture provides a case study of how the unsustainable use of antibiotics is being addressed. Antibiotic use is strictly regulated by the Australian Pesticides and Veterinary Medicines Authority (APVMA). APVMA requires an in-depth risk assessment of AMR developments to approve a new antibiotic for use in agriculture. Historically, antibiotics were used to promote livestock growth, which is now banned. Prophylactic or metaphylactic (treatment of affected and in-contact animals in the case of an outbreak) use of antibiotics is still required for treatment and control of some bacterial infections in livestock. Australia also has strict regulation regarding the use of antibiotics which are critically important to human health in livestock.

Current antibiotic use practices for human health care are unsustainable in some areas and Australian antibiotic governance and stewardship for human use could be improved. One of the leading causes of increased AMR is the misuse and overuse of antibiotics in Australian health care, especially in community settings.

The Antimicrobial Use and Resistance in Australia (AURA) surveillance system tracks the Australian use of antibiotics and AMR development. Although there has been an overall downward trend in antibiotic use since 2010, it remains too high—almost a quarter of antibiotic prescriptions are inappropriate, subsequently increasing AMR. The AURA 2019 report revealed that antibiotics continue to be prescribed for illness for which they are not effective, including acute bronchitis and influenza, which are diseases caused by viruses and cannot be treated with antibiotics. 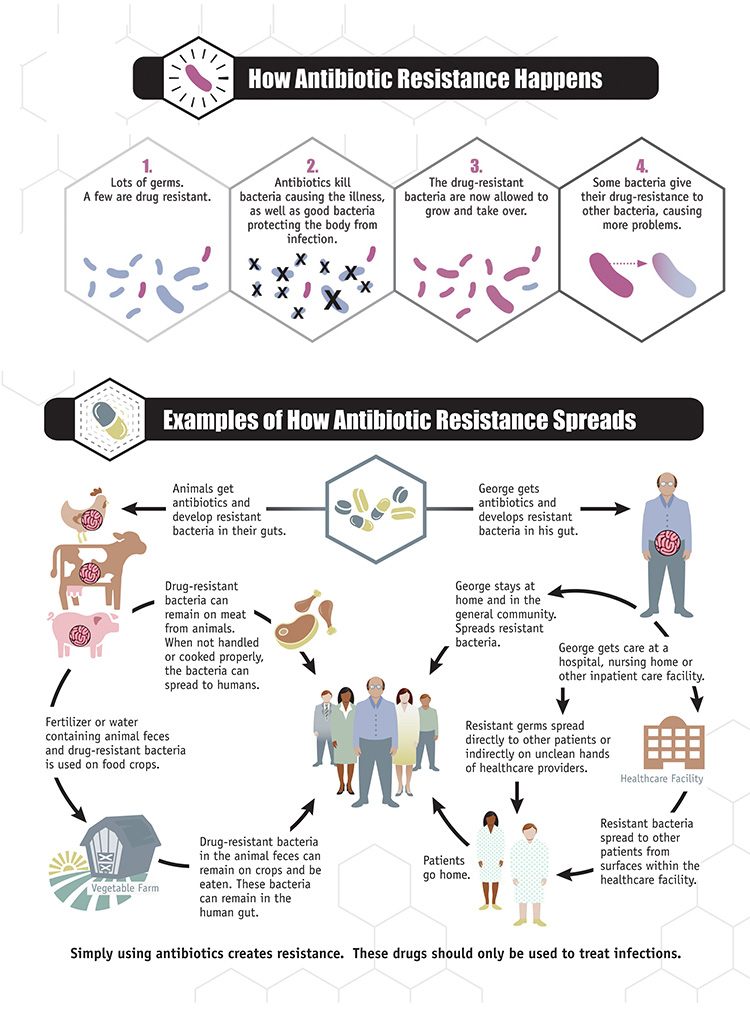 Antibiotic resistance can spread when drug-resistant bacteria take over. See text version of this infographic (PDF). Image adapted from: CDC .

New antimicrobials must be accessible to the community and ideally, their treatment course would be limited. This means the private sector has little incentive to develop new antimicrobials and consequently few are in development. Pharmaceutical companies balance the increasing cost of R&D with the financial risk of a drug candidate and the relatively modest returns. In the absence of an acceleration in R&D and new antibiotic discovery, we must rely on good governance and stewardship to minimise AMR spread.

Fundamental and applied AMR research is already undertaken in Australia. However, the translation of research into real-world solutions requires government incentives for partnerships with local and international pharmaceutical and medical-technology industries. A leading example of public–private partnerships that can accelerate antimicrobial innovation is CARB-X, an initiative led by Boston University and philanthropic support in the US and Europe. In another example, the AMR Action Fund, created by a group of pharmaceutical companies in 2020, aims to bring between two to four new antibiotics to patients by 2030. Australia’s involvement in establishing similar initiatives would ensure an active role in the global effort to combat the AMR challenge.

However, research efforts could be better coordinated by spanning government, industry and research organisations. In September 2020, Australia’s first Antimicrobial Resistance Network was formed to bring together key stakeholders. This mirrors international initiatives with the same objective, including the AMR Stakeholder Network established in 2017 under the European Commission’s Health Policy Platform, bringing together individuals and organisations at national, regional and European level.

Through growing research and partnership opportunities, Australia can be optimally positioned to deliver global AMR solutions. Investment in science, including research around AMR, will come with significant long-term benefits to Australian health, health care systems and the economy.

We can do this. We can’t afford not to.

Without effective antibiotics, it is abundantly clear that within decades we will return to the disease ‘dark ages’—a time where superficial scratches could turn deadly, and standard medical procedures were compromised. The cost to Australia would be enormous both socially (increased untimely deaths) and economically (cost of morbidity and mortality).

Investing now in new ways to detect, manage, minimise, treat and report bacterial infections will support our public health system into the future. The importance of an efficient and effective public health system (including medical research) to prevent and treat infectious disease has never been more clearly demonstrated than during the COVID-19 pandemic. AMR might be an invisible pandemic for now, but it is next on the list, and its impact will be felt globally across all ages groups for many generations to come.