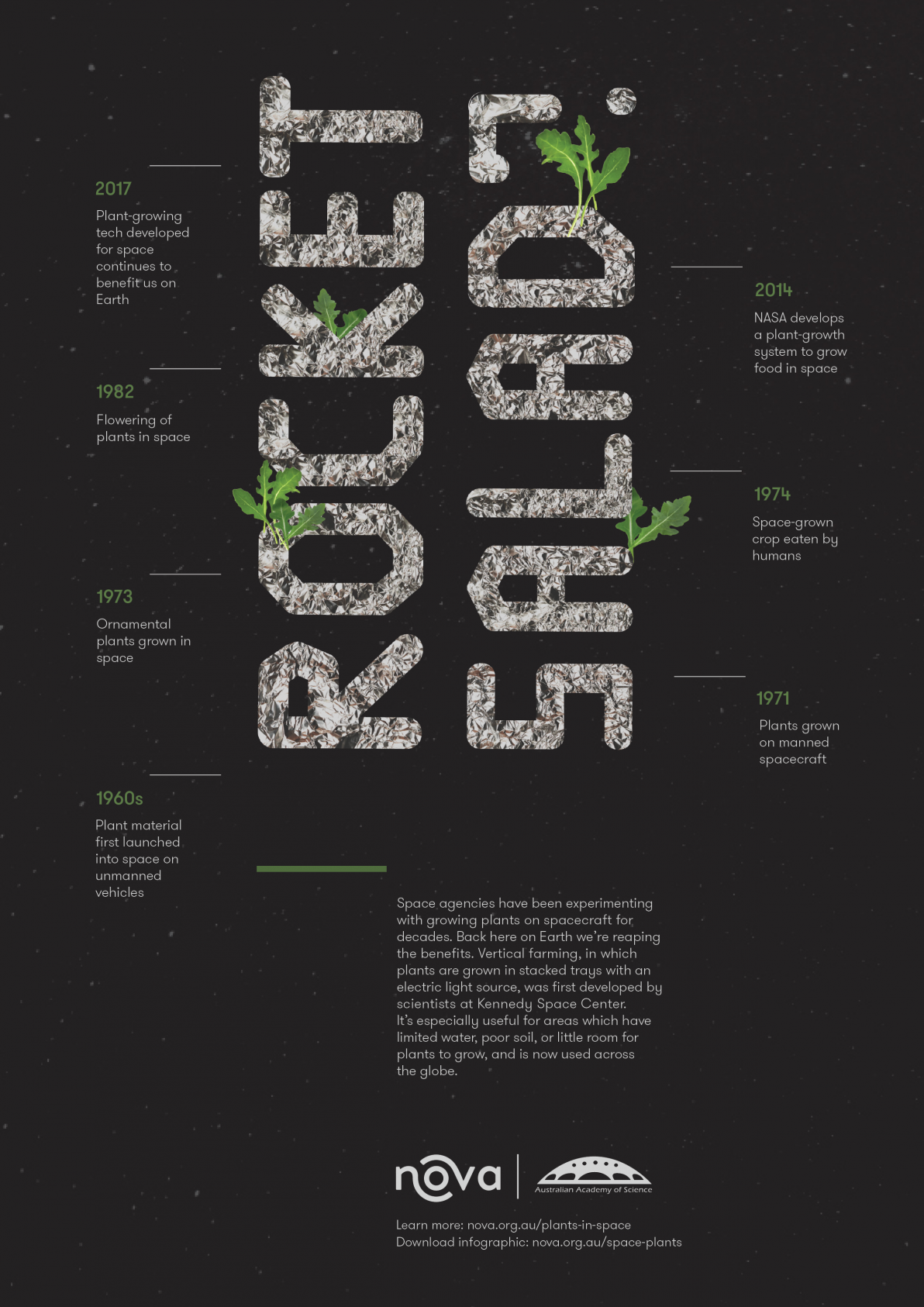 Space agencies have been experimenting with growing plants on spacecraft for decades. Back here on Earth we’re reaping the benefits. Vertical farming, in which plants are grown in stacked trays with an electric light source, was first developed by scientists at Kennedy Space Center. It’s especially useful for areas which have limited water, poor soil, or little room for plants to grow, and is now used across the globe.

1982: Flowering of plants in space

2014: NASA develops a plant-growth system to grow food in space

2017: Plant growing technology developed for space continues to benefit us on Earth.

Understanding gravity—warps and ripples in space and time

Space
Read
Back to top