What's in your trusty bottle of SPF 50+?

If you’re like me, when it comes to sunscreen, your default is to grab the bottle with the highest SPF. Bigger is better, right? But, hang on, what do those SPF numbers actually mean? How do they come up with them? And what about all that other stuff on the label? 4-Methylbenzylidene Camphor … Butyl Methoxydibenzoylmethane … Huh?

The active ingredients in sunscreens (we’ll look at some of these in more detail a bit further down) help protect our skin from the damaging effects of the sun by filtering or absorbing ultraviolet (UV) radiation.

There are two main types of sunscreen.

Organic sunscreens
These contain organic chemicals as their active ingredients, which filter or absorb UV radiation to prevent it from reaching the skin. Here, the term ‘organic’ means that the chemicals primarily contain carbon, and are usually manufactured by chemists (we’re not talking about ‘organically grown’ ingredients).

Inorganic sunscreens
These contain inorganic metal oxides as their active ingredients. They form a physical barrier to block UV radiation from reaching the skin, mainly by absorbing it.

What does THAT mean? Decoding the label

Ultraviolet (UV) radiation, as you can tell from its name, lies beyond the violet end of the visible light spectrum and has shorter wavelengths than visible light—between about 100 and 400 nanometres. It’s UV radiation that we need to worry about when it comes to sun damage to our skin. UV radiation comes from sunlight directly reacing our skin, but can also reach our skin indirectly—when UV radiation is reflected by white concrete, dry sand or water, for example (so a beach umbrella can only partly protect us from UV).

UV radiation can be further divided into UVA and UVB. UVB has shorter wavelengths (280–315 nanometres) and higher energy, and is the major carcinogen and tissue hazard. UVB is responsible for sunburn, and can cause skin cancer and eye damage. UVA (315–400 nanometres) has the longer wavelengths of the two and is lower in energy. It causes damage to the epidermis and throughout the dermis and is considered to cause the longer-term damage responsible for skin cancers and melanomas. UVA is the form of ultraviolet produced in most solariums, and causes wrinkles and ageing of the skin.

It used to be thought that only UVB was a problem when it came to harm caused by the sun. Today, however, we know more about the damaging effects of UVA. The most effective sunscreens filter UVA as well as UVB. If your sunscreen is labelled ‘broad spectrum’, it’s one of those that protect against UVA and UVB damage.

SPF stands for Sun Protection Factor, and the number beside it indicates how well the sunscreen protects skin against sunburn. It indicates how much longer it takes untanned skin to start to redden with sunscreen compared to how long it takes to start reddening without it.

To work out the SPF of a sunscreen, laboratory tests are carried out on an untanned patch of skin (such as the buttocks) of human volunteers. Sunscreen is applied liberally to the skin, which is then exposed to simulated sunlight via UV lamps. Measurements are taken of how long it takes the skin to get a minimal burn when covered with sunscreen, and how long it takes to get the same minimal redness without it.

To get the SPF number, a simple formula is used. The number of seconds it takes a patch of skin to slightly redden when covered in sunscreen is divided by the number of seconds it takes to slightly redden when there is no sunscreen applied. Say it took 300 seconds for skin to burn with sunscreen, and 10 seconds to burn without it. 300 is divided by 10, which is 30. The SPF is 30.

Under current Australian regulations, sunscreens must have an SPF significantly higher than 50 in order to be rated at 50+ (the plus means the rating is ‘at least’ the value given). A rating of 51 won’t cut the mustard; the sunscreen has to have an SPF of 60 or more to be compliant.

While the above laboratory test is pretty good at determining a sunscreen’s SPF, it only gives an indication of how well the sunscreen protects skin against UVB radiation, not the deeper-penetrating UVA. If you want protection against both, you’ll need to check that your sunscreen is ‘broad spectrum’. Sunscreens that have this on their label have undergone further laboratory testing. While the usual method is one known as persistent pigment darkening (PPD), there isn’t a universally recognised way of measuring UVA protection.

There are a couple of other things that are good to know when it comes to a sunscreen’s SPF. The first one is that some UV radiation can always get through to the skin, no matter how high the SPF. No sunscreen can ever block sunburn and associated skin damage completely; sunscreen is only one part of effective sun protetcion, and not a front-line defence. The second is that SPF is determined by tests in which a liberal amount of sunscreen is applied. That means that, to actually achieve the protection indicated on the label, you need to apply sunscreen thickly enough—and many people don’t. You also need to reapply the sunscreen every two hours, as it can come off through sweat or by being rubbed off by clothing. Finally, be sure to check the ‘use by’ or ‘expiry’ date of any sunscreen before you use it. If it’s out of date, some of the active ingredients may have broken down and the sunscreen won’t work as well. And don't forget to shake it before applying if it's not a thick cream.

All this means that a sunscreen’s SPF is more an indication of how well you could be protected, rather than an iron-clad guarantee.

So, when it comes to a sunscreen's SPF, is bigger really better? Well, although the differences in SPF values seem large, there’s actually very little difference between how much UVB they filter. SPF 50+ filters 98 per cent of UVB, compared with 96.7 per cent filtered by SPF 30 sunscreens. And an SPF 30 sunscreen applied properly will give better protection than a SPF 50+ sunscreen applied too thinly or not frequently enough.

Like SPF, whether a sunscreen is water resistant is determined by laboratory tests. The sunscreen is applied to skin, which is then immersed in water for a period of time (4 hours, for example). After this, UV light is applied and the SPF is measured. Only products that contain an SPF of over 30 after immersion in water can claim the maximum 4 hours water resistance.

No sunscreen is completely waterproof—all sunscreens will wash off in water. For this reason, no sunscreen can be labelled ‘waterproof’ under the current Australian standard. Labels must also state a time limit for water resistance, such as ‘4 hours’.

Right, so that’s the front of the bottle taken care of. But turn your sunscreen over and you’ll also find a list of ingredients that is pretty indecipherable to most of us. Some of these ingredients are ‘active’, meaning that they do the ‘screening’—that is, filter or absorb UV radiation. Sunscreens also contain other, non-active ingredients—things like emulsifiers and preservatives, which help stabilise the active ingredients and make everything into the final cream.

There are currently 33 active sunscreen ingredients that have been approved by the Australian Therapeutics Goods Administration (TGA), and sunscreen manufacturers are required to list all the active ingredients contained in their sunscreens on the label. Here are some of the most common ones.

Benzophenone and its derivatives are commonly used UVB absorbers.

Benzotriazoles are fairly new broad spectrum sunscreens which scatter, reflect and absorb UVB and some UVA.

What you might see on the bottle: Bemotrizinol; Methylene bis-benzotriazolyl tetramethylbutyl phenol.

Cinnamates, as you can probably tell from the name, are chemically related to cinnamon oil. They’re often used in toiletries and cosmetics as flavouring or fragrance. They’re also good UVB absorbers, hence their use in sunscreens (often in combination with benzophenones).

PABA stands for para-aminobenzoic acid. Most often you’ll see PABAs listed on your sunscreen bottle as something that isn’t in the ingredients, rather than something that is. That’s because, while PABAs are very good at absorbing UVB, they can cause adverse reactions, such as photoallergy GLOSSARY photoallergya form of allergic contact dermatitis in which the allergen has to be activated by light to cause the allergic response   . While PABAs were widely used in early sunscreens, these days, cinnamates tend to be used instead.

Salicylates are weakly absorbing UVB filters. Some, such as octyl salicylate, are also used to help other UV filters mix into the sunscreen.

Zinc oxide (ZnO) and titanium dioxide (TiO2) are inorganic metal oxides, which are small particles that act as a physical blocker, absorbing and dissipating both UVA and UVB radiation. Usually recommended for people with sensitive skin, these sunscreens are less likely to cause irritation than chemical sunscreens. May be in nanoparticle form, appearing on the label as ‘micronised’.

Not a suit of armour

Sunscreen technology has come a long way over the last few decades, and the future may hold even more possibilities for new, UV-filtering products (such as coral-based sunscreens). But, while regular use of sunscreen may help to prevent melanoma, it’s important to remember that sunscreen isn’t a suit of armour, and that you can’t rely solely on your trusty bottle of sunscreen when it comes to avoiding harm from the sun.

Protective clothing, a hat and sunglasses, and getting out of the sun into some shade are all crucial in helping to minimise sun damage —sunscreen is just one small part of the ‘slip, slap, slide and seek’ equation. This is particularly the case for infants and children, whose skin may be especially susceptible to the effects of solar UV (in fact, the Cancer Council of Australia recommends that infants under 12 months are not purposely exposed to direct sun when UV levels reach 3 and above). A high SPF doesn’t mean absolute protection from UV radiation, and shouldn’t be taken as a justification for longer sun exposure. 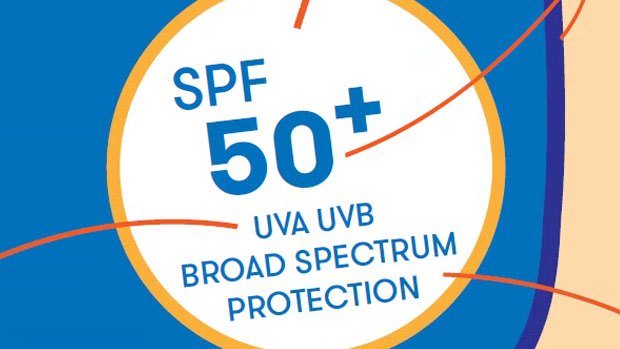 See our infographic on sunscreen.

The chemistry of cosmetics