Could there be life on Jupiter's moons? 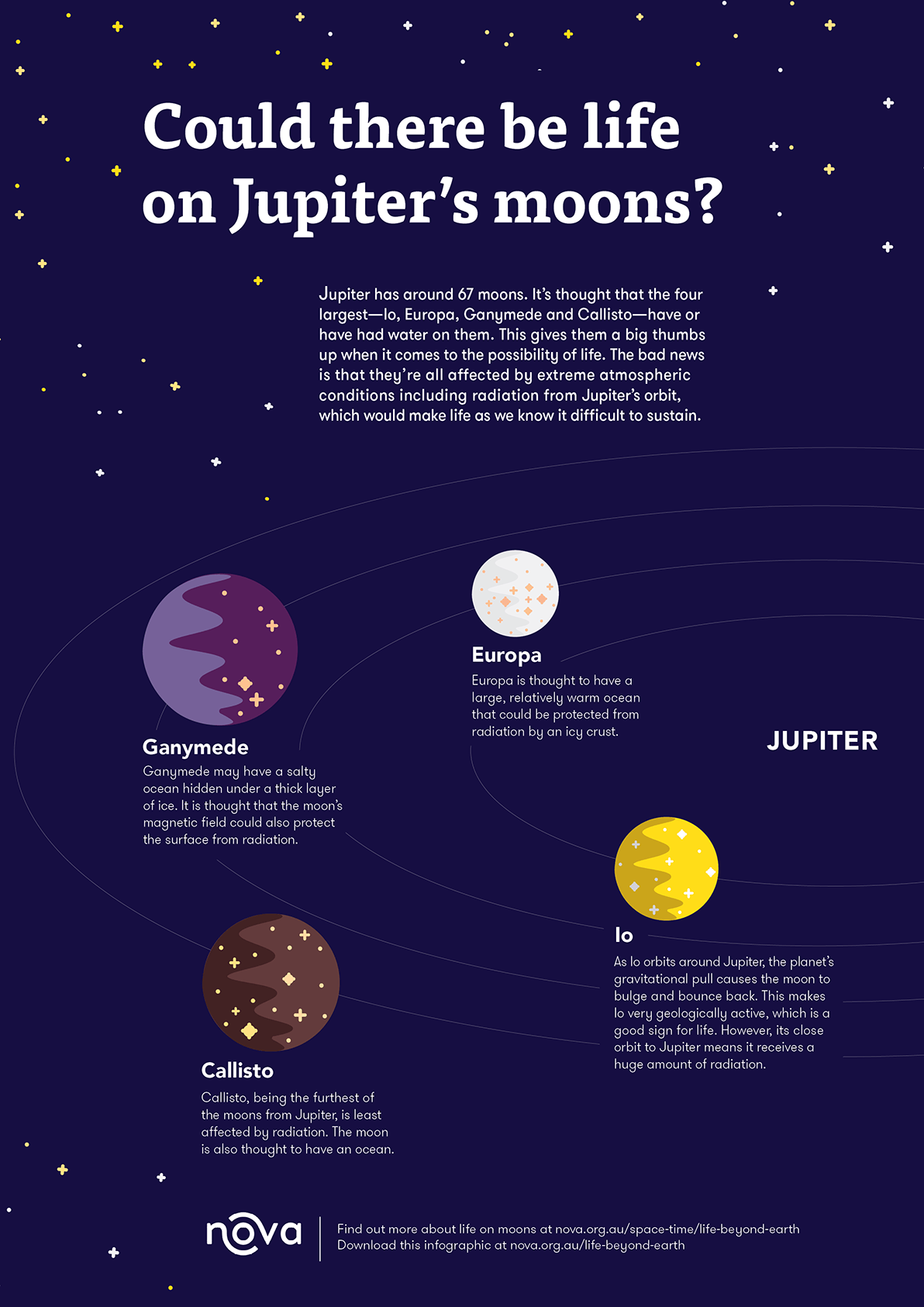 Still curious? Read more: Do we have neighbours beyond Earth?

Could there be life on Jupiter’s moons? Jupiter has around 67 moons. It’s thought that the four largest—Io, Europa, Ganymede and Callisto—have or have had water on them. This gives them a big thumbs up when it comes to the possibility of life. The bad news is that they’re all affected by extreme atmospheric conditions including radiation from Jupiter’s orbit, which would make life as we know it difficult to sustain. Ganymede Ganymede may have a salty ocean hidden under a thick layer of ice. It is thought that the moon’s magnetic field could also protect the surface from radiation. Europa Europa is thought to have a large, relatively warm ocean that could be protected from radiation by an icy crust. Io As Io orbits around Jupiter, the planet’s gravitational pull causes the moon to bulge and bounce back. This makes Io very geologically active, which is a good sign for life. However, its close orbit to Jupiter means it receives a huge amount of radiation. Callisto Callisto, being the furthest of the moons from Jupiter, is least affected by radiation. The moon is also thought to have an ocean. Find out more about life on moons at nova.org.au/space-time/life-beyond-earth Download this infographic at nova.org.au/life-beyond-earth

The dark stuff of our universe

Space
Read
Back to top