We are noisy neighbours. Animals have adapted to the natural noises in their environment, but humans disrupt the soundscape with loud, unfamiliar sounds. 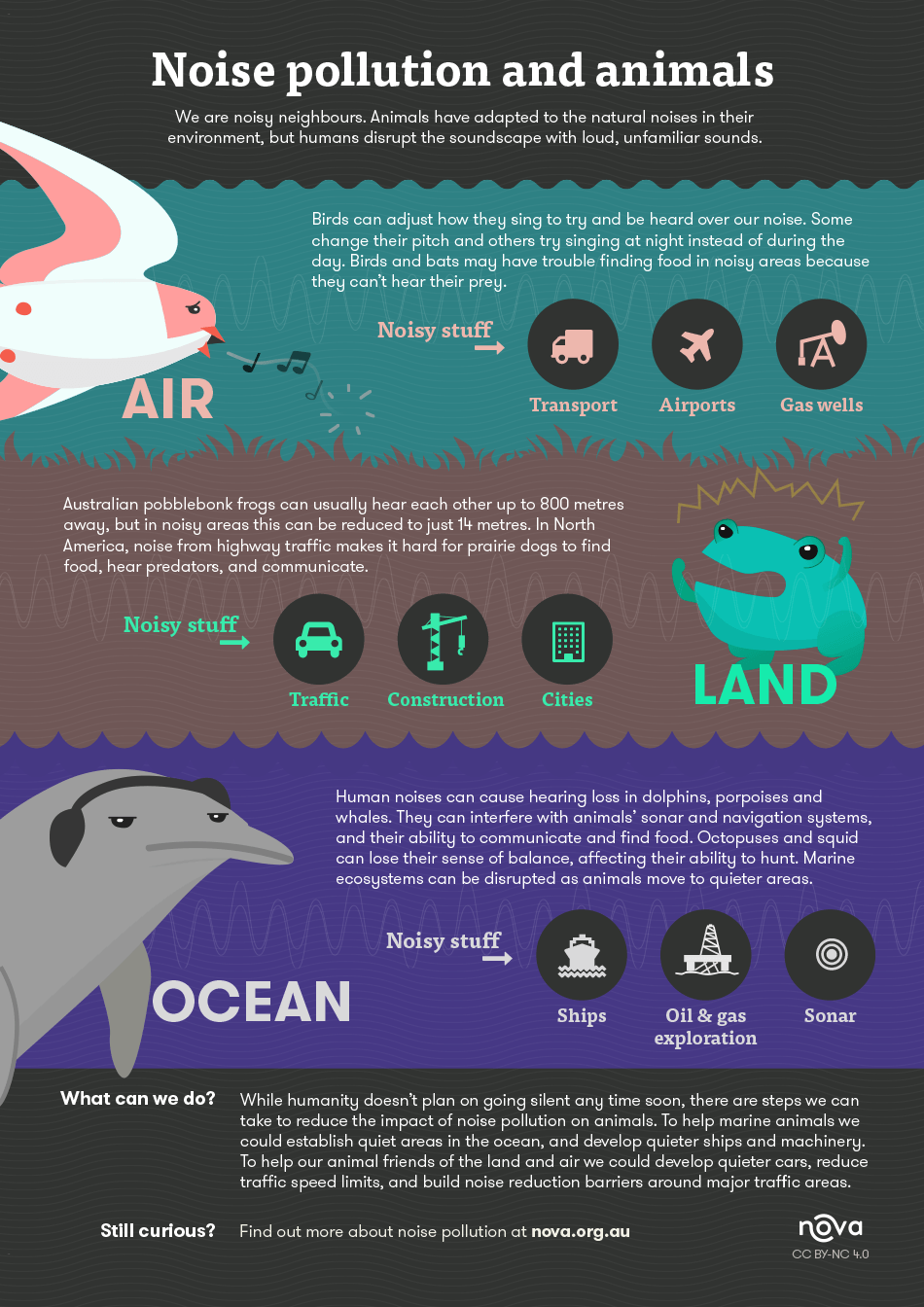 We are noisy neighbours. Animals have adapted to the natural noises in their environment, but humans disrupt the soundscape with loud, unfamiliar sounds.

Birds can adjust how they sing to try and be heard over our noise. Some change their pitch and others try singing at night instead of during the day. Birds and bats may have trouble finding food in noisy areas because they can’t hear their prey.

Australian pobblebonk frogs can usually hear each other up to 800 metres away, but in noisy areas this can be reduced to just 14 metres. In North America, noise from highway traffic makes it hard for prairie dogs to find food, hear predators, and communicate.

Human noises can cause hearing loss in dolphins, porpoises and whales. They can interfere with animals’ sonar and navigation systems, and their ability to communicate and find food. Octopuses and squid can lose their sense of balance, affecting their ability to hunt. Marine ecosystems can be disrupted as animals move to quieter areas.

What can we do?

While humanity doesn’t plan on going silent any time soon, there are steps we can take to reduce the impact of noise pollution on animals. To help marine animals we could establish quiet areas in the ocean, and develop quieter ships and machinery. To help our animal friends of the land and air we could develop quieter cars, reduce traffic speed limits, and build noise reduction barriers around major traffic areas.

Find out more about noise pollution at nova.org.au.

Earth
Read
Back to top