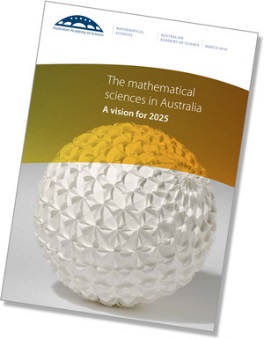 Mid-level mathematics should be made a pre-requisite for students looking to enrol in science, engineering or commerce degrees according to a new ten-year plan for mathematics in Australia launched in March by the education minister.

Currently only 14 per cent of Australian universities require science students to have studied intermediate mathematics in Year 12.

Key recommendations of the plan, developed by the National Committee for Mathematical Sciences, include increasing professional development for out-of-field mathematics teachers and a new national mathematics research centre to link industry and research. It also highlights an urgent need to address the low participation of women and rural Australians in the mathematical sciences.

The plan was developed after extensive consultation with mathematical scientists in schools, universities, government agencies and industry.