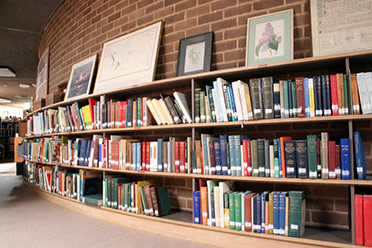 Expressions of interest are no longer open.

By Hugh Tyndale-Biscoe, Chair of the Library Committee

The Council invites Fellows with an interest in the history of science in Australia to offer to participate in the affairs of the collections by joining the Library Committee.

From its outset in 1960 the objectives of the Basser Library have been to collect materials documenting the history of science in Australia and to promote or conduct related historical research. The library contains full sets of all the early journals of the several scientific societies that sprang up in the 19th century as well as many of the books published by the early scientists working in Australia.

Since the founding of the Academy, one of the Library’s goals has been to establish a collection of all books published by its Fellows. It also holds the archives of several Australian scientific societies and the personal papers of 69 deceased Fellows.

The former Chairman of the Library Committee, Professor Patrick Moran FAA FRS is commemorated by the Moran Award for the History of Science Research that has enabled recipients to visit Canberra to study the archives and collections.

Professor Frank Fenner AC CMG MBE FAA FRS succeeded Paul Moran and over many years contributed both financially and intellectually through his great interest in the collections and to their growth and development, so much so that the archives have now been named the Fenner Archives.

Since 1984 Rosanne Walker was the indefatigable keeper of the Basser Library and Fenner Archive and, on her recent retirement, a tree was planted in the grounds of the Academy commemorating her contribution (see Newsletter 94, December 2013). The committee welcomes the Academy’s new Librarian/Archivist Ms Lisa Conti Phillipps, who has experience in small libraries as well as a background in academic libraries.