The National Commission of Audit was established by the Government to undertake a full-scale review of spending activities of the Commonwealth and make recommendations to achieve savings to deliver a surplus of 1% of GDP before 2023‒24. The Academy’s submission put forward a compelling case for investing in science and innovation, stating that such investment is our best hope for developing innovation-led productivity gains to create a strong and sustainable economy, resilient to the range of grand challenges that lie on the horizon. The submission also reminded the Commission of strong commitments the Coalition had made prior to and after the election.

For what is expected to be a tough Budget, the Academy reminded the Treasurer that the science and research sector has already been severely hampered by spending cuts over the past two years, and any further cuts will irreparably harm Australia’s capacity to produce the science and research needed to drive sustainable and responsible economic growth. The Academy called on the Government to commit to developing a 10-year investment framework for science, research and innovation that keeps pace with our international competitors and nearest neighbours. In doing so, the Academy called for emergency action in areas where programs have been allowed to expire without replacement, such as in international science collaboration, and where programs are due to expire, such as for mid-career research fellowships, and research infrastructure. Click here to read the full submission.

Review of the Australian Curriculum

In its submission to the Review of the Australian Curriculum, the Academy emphasised its strong support for the science component of the curriculum. The submission stated that the curriculum had taken considerable time to develop, and had only been partially implemented, and that substantial changes at this stage would damage teacher engagement and delay its effective implementation of the national curriculum. 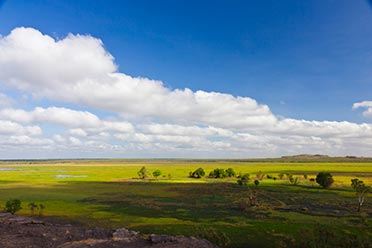 The Academy’s submission makes clear that scientific knowledge must be integrated into any future plans, noting that the expansion of industry will require an increased use of land and water resources. The submission points to recent reviews of scientific evidence showing that contrary to popular discourse, northern Australia is in fact ‘water limited’, and careful planning and management of land and water resources will be needed to be adhered to, to avoid risk of economic failure and ecological damage.

The Victorian Government has announced a ‘scientific trial’ to assess the impact of cattle grazing on bushfire fuel load reduction. The application was referred by the Federal Minister for the Environment on the grounds that it might adversely impact on a National Heritage Place, and on listed threatened species. The referral of this application has allowed stakeholders and interested parties to put forward comments on the proposed trial, including its methodology and impact. The scientific evidence shows that cattle grazing does not reduce bush fire fuel loads, but does cause adverse ecological effects. Given the evidence, and given that the proposed methodology put forward by the Victorian Government in its experimental design is scientifically flawed, the Academy put forward a submission opposing the application.

This advised that the proposed application would not deliver any net benefits in terms of bushfire fuel load reduction or more broadly advance scientific knowledge or bushfire management, whereas it would have adverse impacts on a national heritage place and to listed threatened species.

The Academy’s submission to the development of a 20 Year Australian Antarctic Strategic Plan outlined the crucial importance of being seen to be active in science within the region. Australia currently makes claim to 43% of the Antarctic continent, but to a large extent the perception of relative strength of claim by any nation is dependent to a large extent on its current activities in the continent. The most significant part of this activity currently comes from Australia’s highly respected science leadership and research effort. However the number of science projects being supported has fallen, and there has been a decrease in Australia’s Antarctic scientific output, at a time when other nations are increasing their scientific activities in the area. As science is the currency of influence in Antarctica, this impacts on the strength of Australia’s claim over the Australian Antarctic Territory and it impacts on its role as an influential Consultative Party to the Treaty.