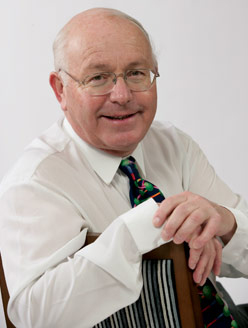 Renowned biological scientist Sir Philip Cohen FAA FRS has been elected as a Corresponding Member of the Academy.

Sir Philip, Professor of Enzymology and Co-Director of the Division of Signal Transduction Therapy at The Sir James Black Centre of the University of Dundee in Scotland, works in the area of signal transduction – the complex biochemical processes by which cells receive and interpret stimuli from their environment.

He joins a small group of 29 Corresponding Members — all of whom are leading international researchers and science advocates who have strong links with Australia.

Sir Philip's links with Australia go back to 1980, when he held a series of lecture tours and workshops in Australian universities and for the public. These led to many current prominent Australian researchers undertaking their early postdoctoral training in his lab.