Dr Kim Van Netten has been named as the winner of the first Australian Falling Walls Lab, hosted by the Australian Academy of Science.

25 Australian and New Zealand researchers and innovators gathered at the Shine Dome in Canberra to present their work on subjects such as better methods of carbon capture; more targeted treatment for breast cancer; how to use wool to address a growing lack of protein in our diets; a more accurate way to diagnose prostate cancer; concrete that heals itself after it is damaged; and much more.

Dr Kim Van Netten from the University of Newcastle presented on breaking the wall of tailing dam disasters. Tailing Dams hold toxic waste and have the potential to cause serious environmental disasters, and treating the water can be difficult, slow and expensive given their scale. Her team has been using a Novel Binder to cling to harmful elements, so that it creates particles large enough to filter from the water.

In second place was Dr Justin Chalker from Flinders University, and in third was Dr Stephanie-Anne Croft from the Auckland University of Technology.

Dr Van Netten will travel to Berlin in early November, where she will represent Australia and compete against academics from around the world. For more information on the internation event, you can visit the Falling Walls website.

The Falling Walls Lab Australia is organised by the Australian Academy of Science, in association with the Embassy of the Federal Republic of Germany in Australia and the Australian National University. 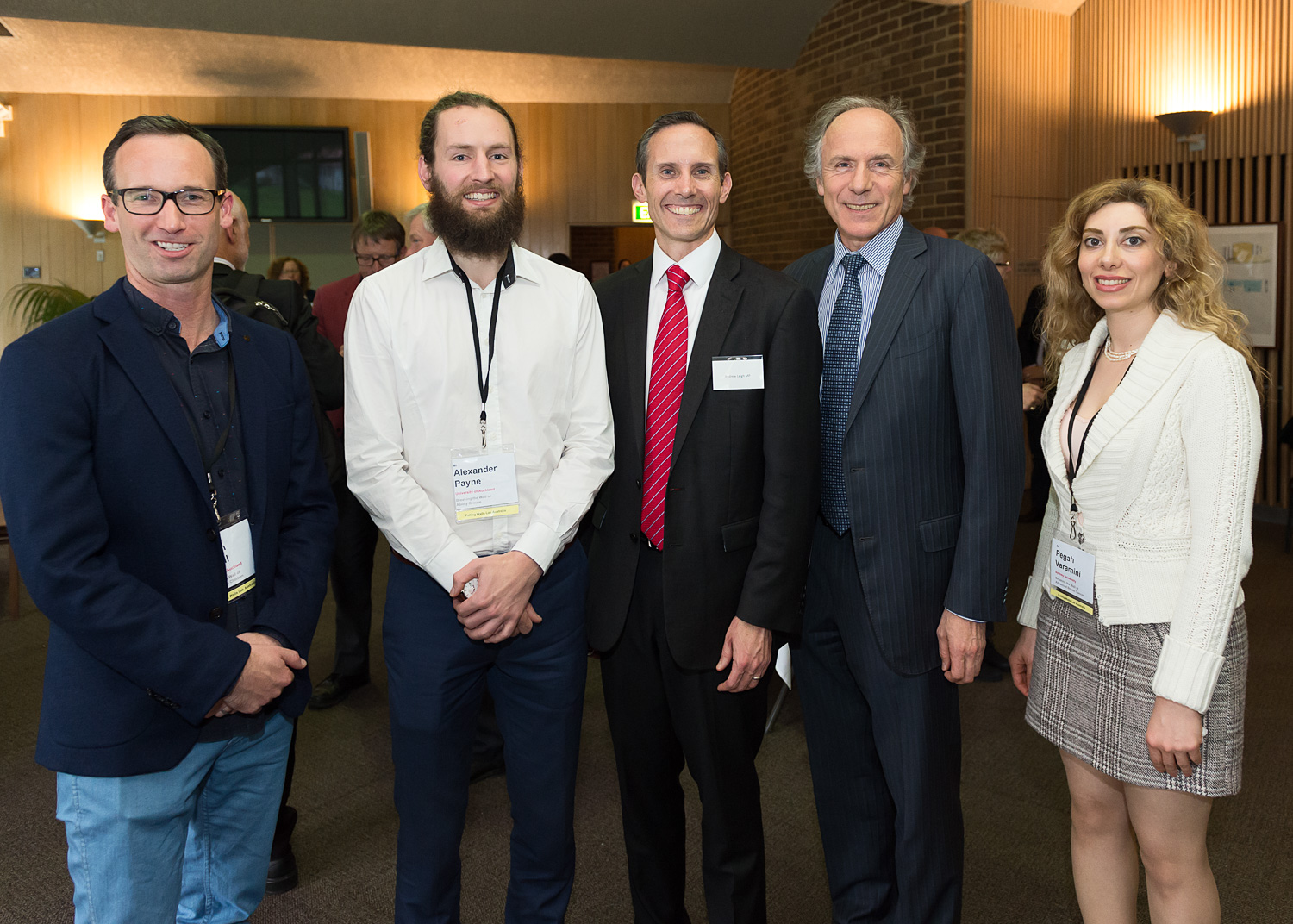 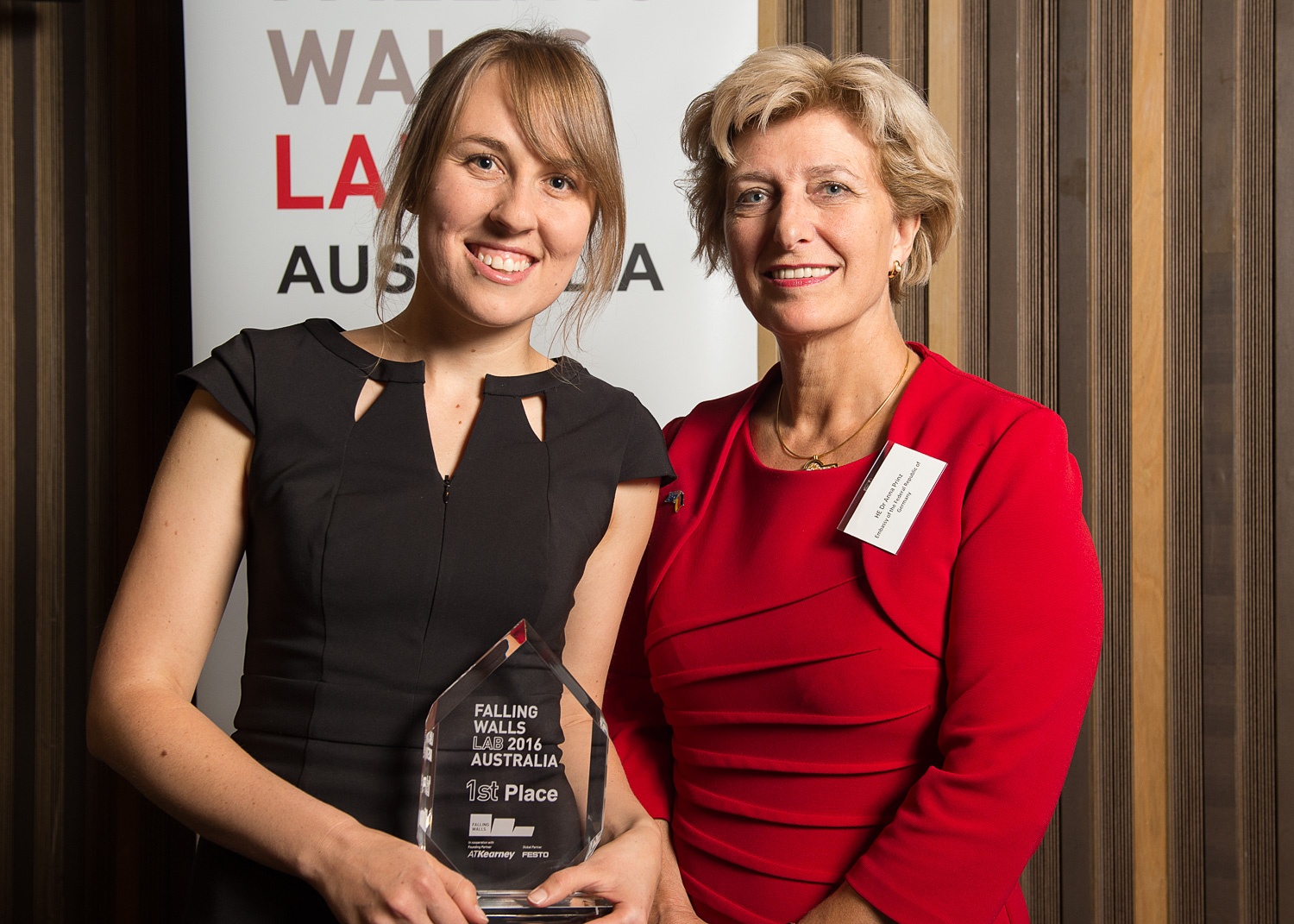 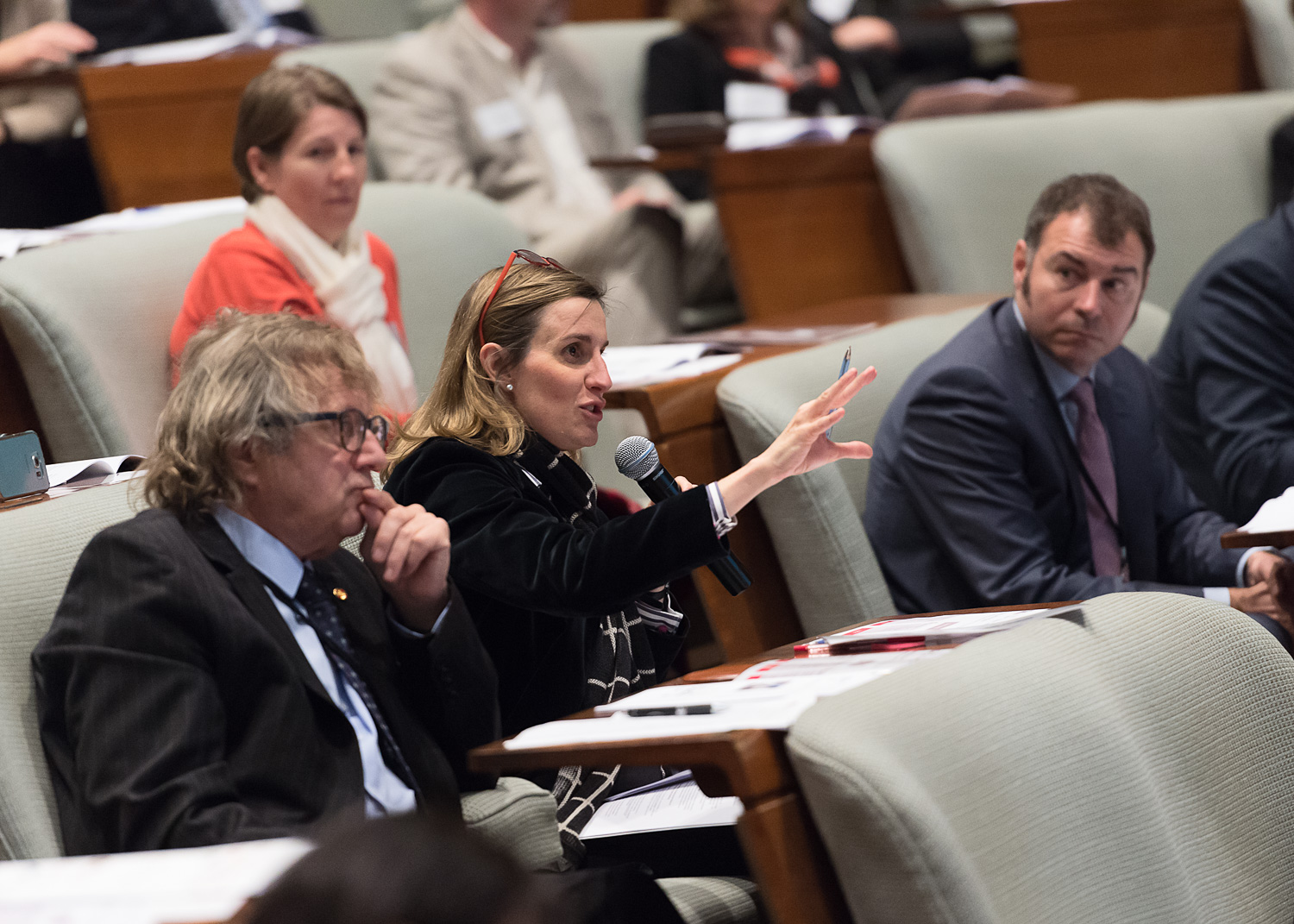