His research has focused on the deliberate design and synthesis of new structural types of organic molecules and the discovery of new synthetic methodologies, especially in heterocyclic chemistry, which is the field responsible for the generation of the overwhelming majority of pharmaceutical agents and drugs in use today.  While many of these new structures have a link to important natural products, especially in the area of indole chemistry, they are designed to display deliberate reactivity variations that are not found in nature. 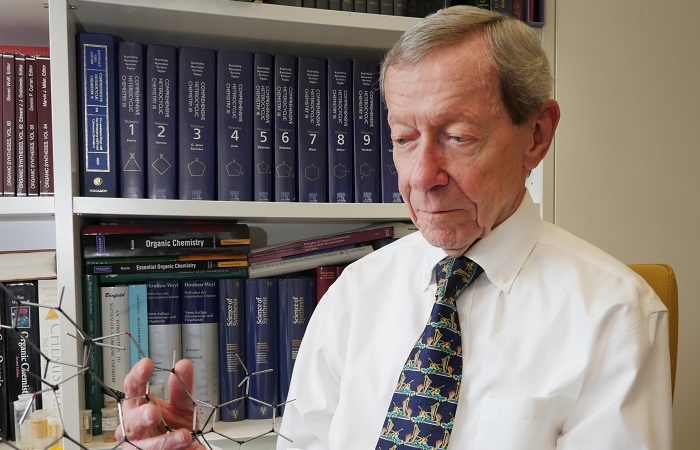 Dr de Hoog is recognised internationally as having made highly original and insightful contributions to the advancement of applied, computational and industrial mathematics, and has contributed substantially to the mathematics profession. The importance and significance of his theoretical and applied contributions, and their flow‐on contributions to the advancement of science and to improving the efficiency of industrial processes, have been recognised by various awards.

The impact of his industrial research has been exceptional in terms of the speed of implementation by industry and the subsequent contributions to Australia’s export economy. 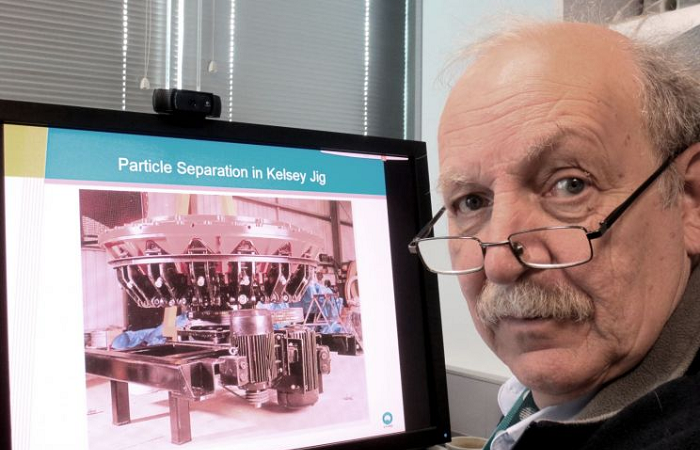 Professor Griffiths’ influential research in fluid dynamics has focused on the fundamental physics of phenomena of importance in geophysics. He has contributed to the understanding of thermal and multi-component convection, the dynamics of rotating density-stratified flows, the instability of ocean currents, the formation and interactions of ocean eddies, and the global overturning circulation. He has influenced solid-earth geophysics through studies of convection in the Earth’s solid mantle and its interactions with the Earth’s surface, and provided dynamical insights in physical vulcanology through studies of cooling, solidifying lava flows. His contributions to oceanography, geophysics and geology have been made using careful theoretical and laboratory studies of the fluid dynamics and have involved collaboration across multiple disciplines. 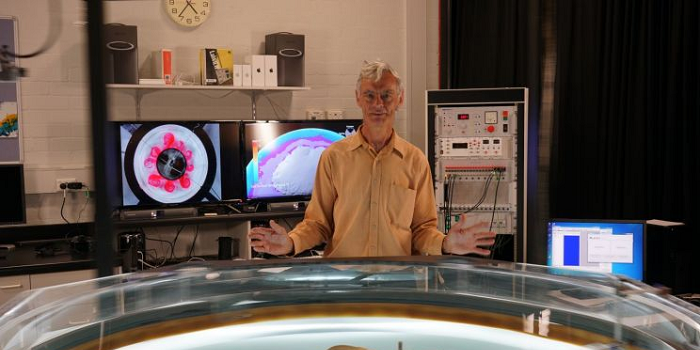 Research School of Physics and Engineering
The Australian National University

Professor Ninham’s discoveries have had a revolutionary impact on the field of colloid science, a discipline that underpins chemical engineering, cell and molecular biology and nanotechnology.

He is the developer of the accepted theory of amphiphilic molecular self-assembly, a process that underlies modern materials science.  It is a fundamental principle of self-assembly in nanotechnology, impacting on modern molecular-based technologies, and slow-release technology for in-vivo pharmaceutical drug- delivery. Five decades of work by Professor Ninham has revealed that the discipline of physical chemistry that informed our intuition on a myriad of processes was flawed to the extent that it failed to take account of key  “ion specific effects” and dissolved atmospheric gas.

He was Founder and Head of the Applied Mathematics Department at the Australian National University (ANU) and presently works with Professor Richard Pashley and a team of graduate students at the Australian Defence Force Academy (ADFA). They discovered and are  implementing  simple new technologies for purification of recycled water, desalination, low temperature chemical  reactivity, catalysis, and removal of  pollutants such as arsenic.

School of Physics
University of Sydney

Professor Bland-Hawthorn has excelled in both astronomical research and cutting-edge instrumentation, helping to keep Australia at the forefront of optical astronomy over the past 25 years. His legacies include establishing two astronomical fields – galactic archaeology and near-field cosmology (with Professor Kenneth Freeman FAA FRS) and astrophotonics, resulting in awards in astronomy, optics, and photonics. His innovative contributions to astronomical technology and instrumentation have been very influential and have been widely adopted in experimental astronomy and have also been applied to other fields, such as telecommunication, food safety and the farming industry. 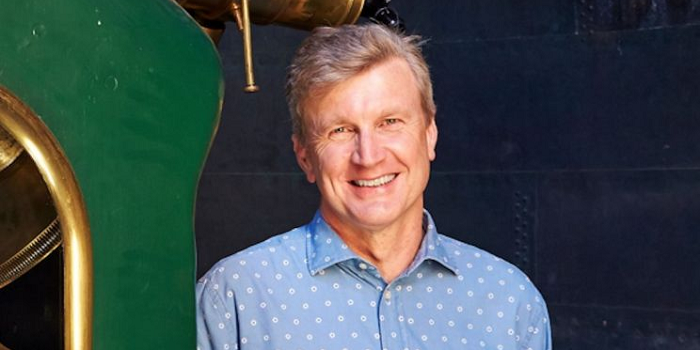 Professor Marais’ research has helped to measure and characterise the Tuberculosis (TB) disease burden suffered by children, and to highlight the absence of care in places where it is needed most.   His work has been acknowledged by the WHO and UNICEF, through renewed commitments to find pragmatic solutions to prevent and treat TB in children.  He has also raised awareness that multidrug-resistant (MDR)-TB is actively transmitted within communities, which puts children at risk and requires urgent containment strategies. He wrote the first “survival guide” for paediatricians caring for children with MDR-TB, and contributed to global and regional initiatives to limit its spread. 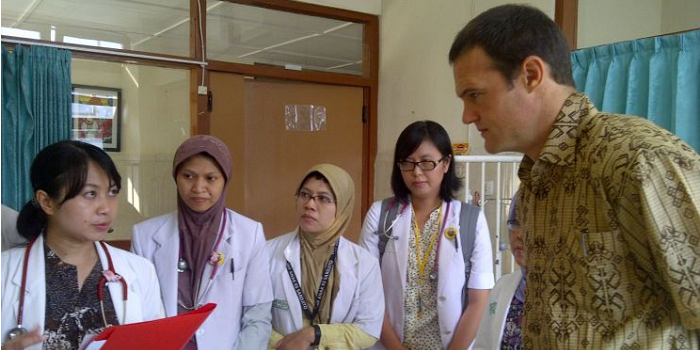 Professor Li’s research targets multidrug-resistant bacterial ‘superbugs’. At a time of “Bad Bugs, No Drugs”, his work is of fundamental importance to global health and saves patients’ lives. He is a world-leading expert on last-line antibiotics called polymyxins. His research has generated the majority of modern polymyxin pharmacological data and the first scientifically-based dosing recommendations. 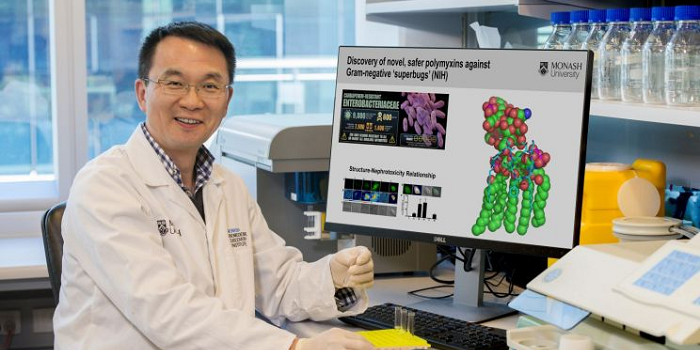 Faculty of Science
The University of Queensland

Professor Kerrie Wilson has made significant discoveries in the environmental sciences that have resulted in more effective conservation practices. She identified how significant funds for conservation can be saved and investments could be more equitable through incorporating socio-economic principles into setting priorities for conservation investments. This has resulted in new theory and novel decision support tools to inform how limited conservation funds should be allocated to achieve multiple objectives, further enhancing the legacy and impact of her influential applied research program. Her research has led to innovative ways to efficiently protect and restore natural ecosystems and her ability to translate this new knowledge into practical applications has positioned her as a global, national and local leader in conservation science. 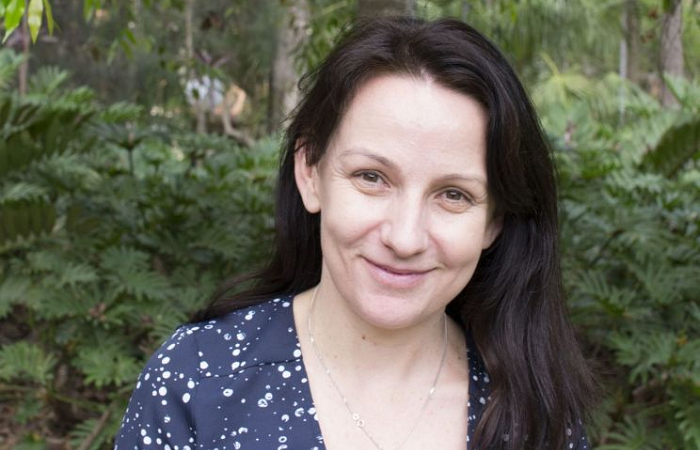 Associate Professor Afonso is at the forefront of revolutionising the way that geoscientists interpret the signals they obtain from deep in the Earth by geophysical methods. Up until now, each individual method was treated separately and the results were often incompatible with each other. His approach follows a long-term interdisciplinary program to develop a rigorous computational model that unifies diverse sub-disciplines of the solid earth sciences. This method irons out anomalies that may occur in the individual sub-disciplines, producing a self-consistent whole picture of the physical and chemical state deep in the Earth. 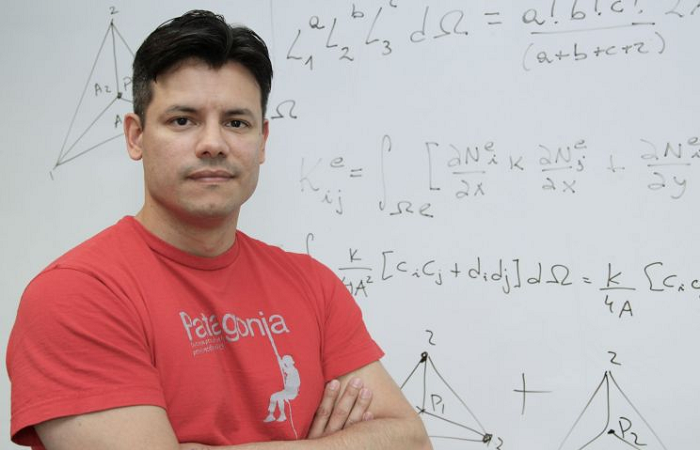 Institute for Marine and Antarctic Studies
University of Tasmania

Dr Whittaker has made several fundamental contributions to understanding the structure and evolution of the Earth by examining the relationships between deep and surface processes. Her work has provided a new framework for understanding the history of the planet after the breakup of supercontinent Pangaea, particularly the evolution of the ocean basins surrounding Australia. 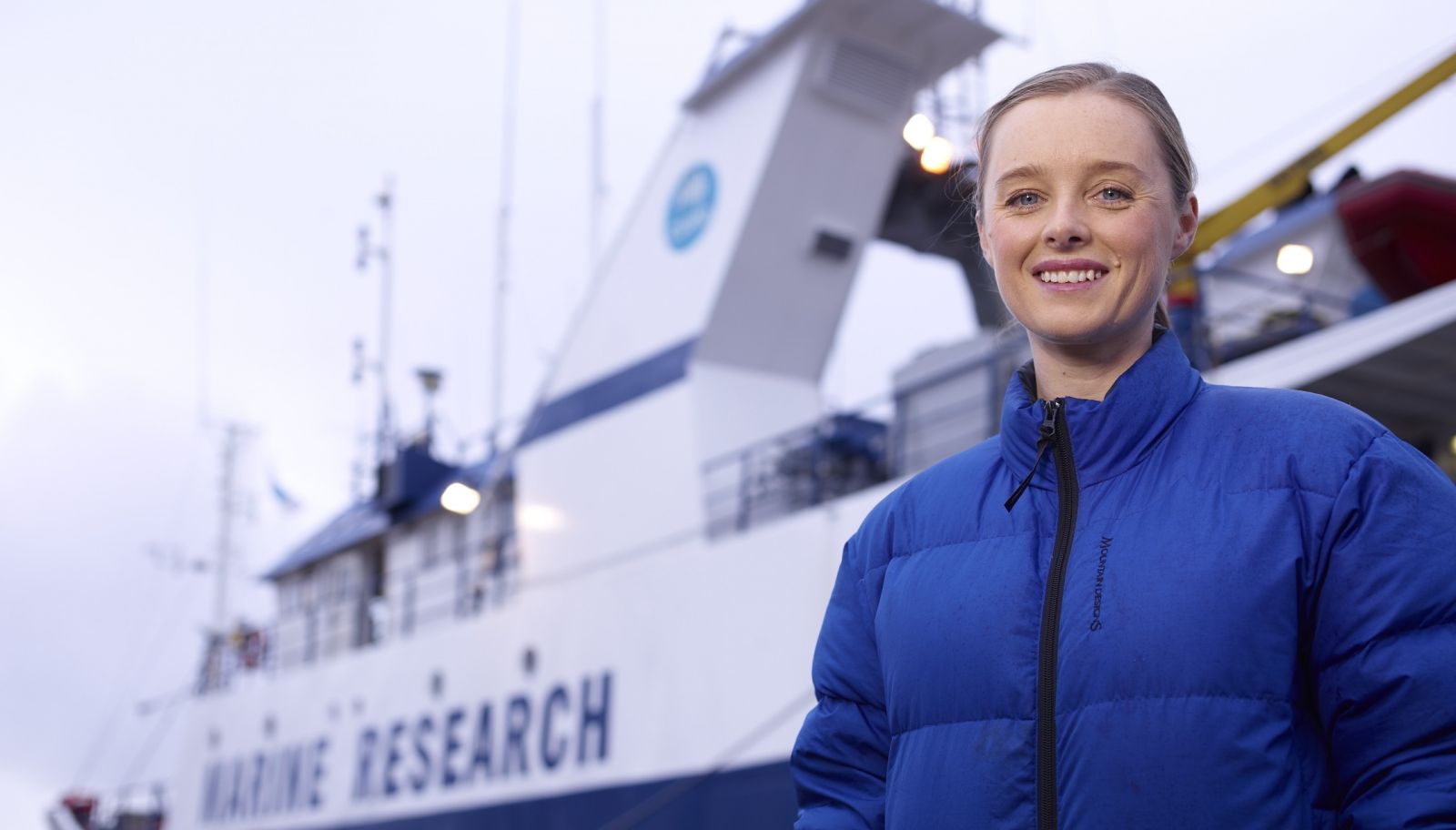 School of Life and Environmental Sciences
University of Sydney

Professor Ho has transformed the use of ‘molecular clocks’ in biology – a way of estimating evolutionary rates and timescales from DNA sequences using statistical models. Professor Ho’s most important and influential work has been on models of evolutionary rate variation through time. His research has critically changed the way in which biologists use molecular clocks, especially when studying the timescales of recent events in evolution and human prehistory. This has had important impacts on a broad range of studies in conservation genetics, speciation and diversification, domestication of animals and plants, and the population dynamics of pathogens. 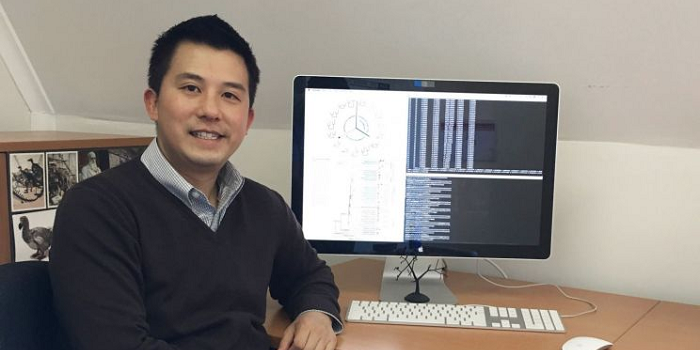 Department of Biochemistry and Molecular Biology
University of Melbourne

Associate Professor Holt’s current research tracks the evolution and spread of deadly infectious diseases and the development of antibiotic resistance in Australia and developing countries. Her in-depth studies on the evolution of specific pathogen populations use the most advanced DNA sequencing technologies that allow detailed comparisons of the genomes of hundreds of closely related isolates of the same pathogen. These have revealed how pathogens are evolving in response to exposure to antibiotics, vaccine-induced immunity, or natural host immunity. Her work has provided important advances in understanding disease transmission, control of infection and informs public health policy and practice. 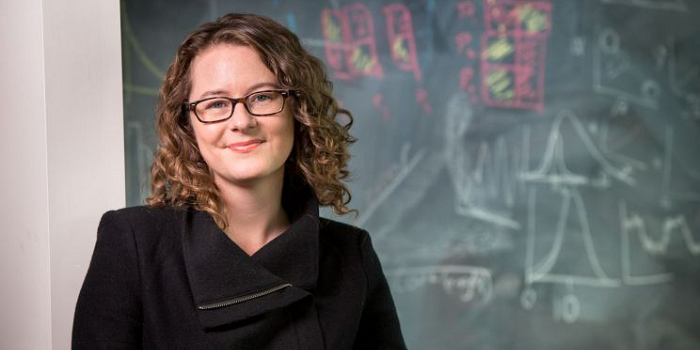 School of Mathematical and Physical Sciences
University of Technology Sydney

Professor Jin is a world leader in engineering time-resolved photonics devices, and luminescent nanoprobes which can up-convert low-energy infrared photons into more useful visible light for high-contrast detection. While his research opens up many opportunities in biomedical devices, early diagnosis, and light triggered nanomedicine, his nanodots can also be made into an ‘invisible ink’ to protect pharmaceuticals, medical courier supplies, passports, banknotes and more. 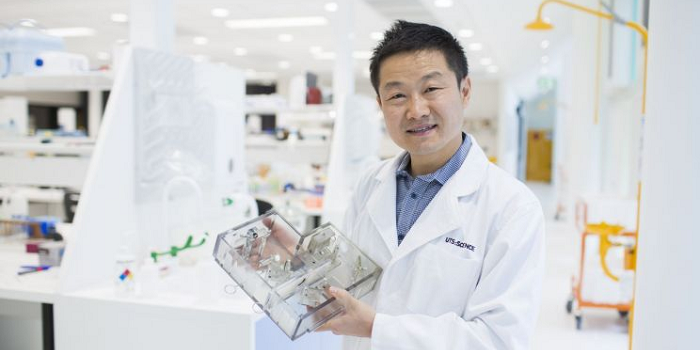 School of Chemistry
The University of Sydney

Associate Professor D'Alessandro's research is delivering new insights into an exciting area in nanoporous molecular materials, namely, their electronic and conducting properties. These fundamental advances have enormous potential as the basis of new technologies for a diverse range of applications including electrocatalysis, sensing and solar energy conversion. In addition to her work in the area of theoretical and experimental aspects of electron transfer, for which she has gained international recognition, she has played a major role in the development of new nanoporous materials for the capture and conversion of greenhouse gases, particularly carbon dioxide. A common theme of her research has been a desire to tackle significant scientific challenges by probing fundamental chemical questions. 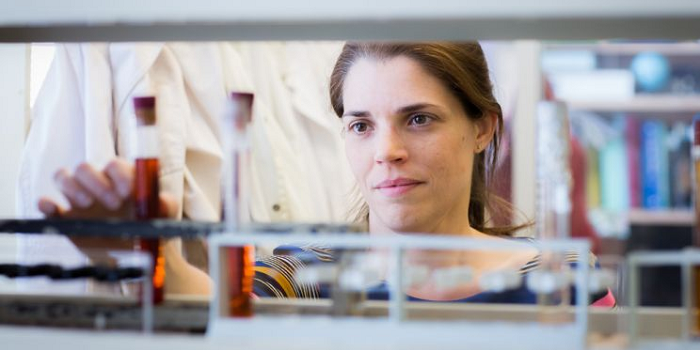 School of Mathematical Sciences
The University of Adelaide

Associate Professor Ross has made important and influential contributions to Applied Probability and Statistics, and through application to Conservation Biology and Public Health. His research has focused predominately on addressing problems arising in infectious disease epidemiology and conservation biology, though the methodological developments that he has provided to solve such problems are more widely applicable. These application topics are of great importance, and his contributions to these fields are significant. 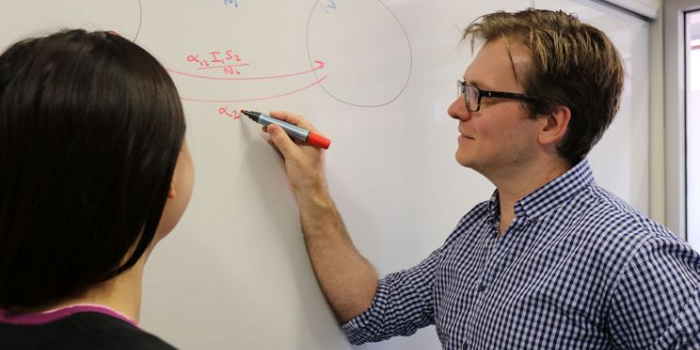 School of Mathematical and Physical Sciences
University of Technology Sydney

Associate Professor Aharonovich is delivering breakthrough research that underpins next generation light-based technologies spanning energy, communications and quantum information processing. His work is original, has motivated wider research and focuses on novel single photon sources, one fundamental building block in quantum information science. He has demonstrated new materials with record-setting properties which assist the further development of quantum communication systems and their deployment in real world applications. His work contributes to one of the pressing issues in the modern era – ensuring that private information and sensitive data can be secured through unbreakable encryption. 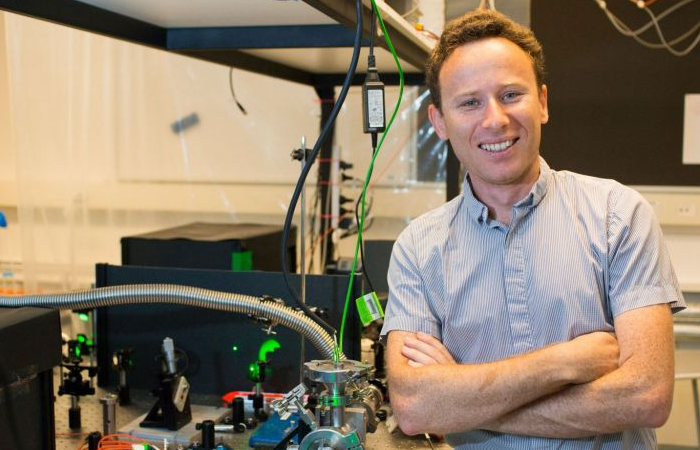 Associate Professor Medland is a Statistical Geneticist working on Neuroimaging genetics, Child & Adolescent Psychopathology and Women’s health. She plays a leading role and was instrumental in the formation of the ENIGMA brain imaging genetics consortium, which is currently the largest brain imaging study in the world. Her work in this area has significantly advanced our understanding of the ways that genetics influences the structure and function of the human brain. 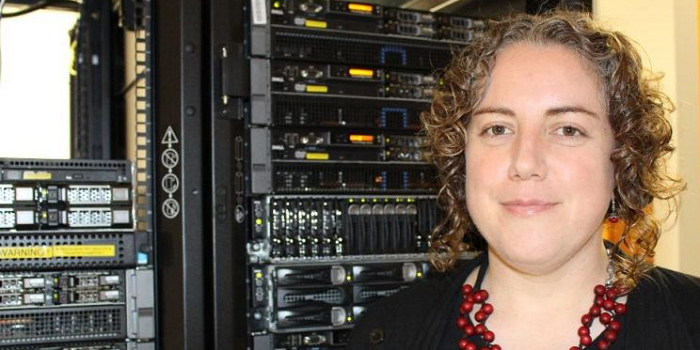