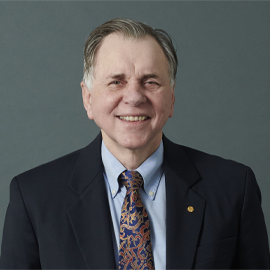 Professor Marshall discovered that infection of the stomach with uncharacterised spiral bacteria caused gastritisdyspepsia and gastroduodenal ulceration, and predisposes to gastric cancer. This profound discovery was a remarkable fulfilment of Koch's postulates, based on astute clinical and laboratory observations combined with a dramatic self-infection experiment showing conclusively that cultured bacteria induced gastritis. Marshall characterised the ulcerogenic bacterium as a new species Helicobacter Pylori established growth dependence on urea and developed diagnostic tests for its presence and eradication. His observations are a major contribution to microbiology, have revolutionised treatment of gastroduodenal ulcers, by enabling cure with antibiotics, and will substantially reduce the prevalence of gastric cancer.