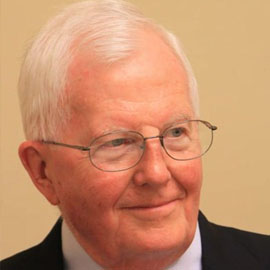 Professor Holloway has achieved international recognition for his work on the genetics of the bacterium Pseudomonas aeruginosa and its bacteriophages. He has played a major role in discovering and developing systems of conjugation and transduction in this organism. Much of the current knowledge on the genetic organisation of Pseudomonas stems directly from his work, and his authority in this area has been recognised by various invitations to write review articles for overseas journals. As a development of earlier work with the sex factors of Pseudomonas he is currently investigating the role that such factors play in the transmission of antibiotic resistance among strains of Pseudomonas and other gram negative bacteria.