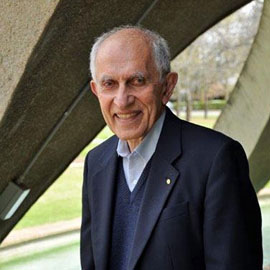 Professor de Kretser's studies have effectively combined structural and biochemical approaches to study testicular function. He provided the definitive account of human spermiogenesis and demonstrated ultrastructural defects in spermatozoa from infertile men. He formed a team that was responsible for isolating the new gonadal hormone inhibin cloning in the genes encoding its two subunits and, by developing radioimmunoassays, elucidated aspects of the physiology of inhibin and activin. His team also isolated follistatin, sn activin-binding protein. He was a pioneer in demonstrating the existence of paracrine communications between the compartments of the testis. Professor de Kretser is unquestionably one of the world's leading reproductive biologists.