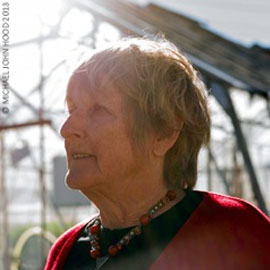 Elizabeth Dennis has made distinguished contributions in plant molecular biology, in the analysis of control of gene expression, defining DNA sequence elements and transacting promoter proteins which mediate plant responses to stress environments. She also described aspects of transposable element behaviour including a methylation cycle capable of controlling transposition of the maize Ac transposon. With her colleagues she first demonstrated the role of methylation in plant development, showing that it is involved in the control of flowering initiation in vernalization­sensitive plants. Recently Dennis found that haemoglobin is a regular component of plant metabolism and has isolated the primitive haemoglobin gene of the plant kingdom.