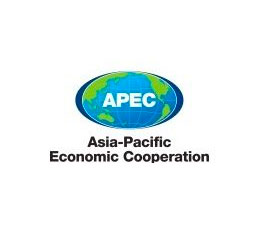 The call for nominations for the ASPIRE Prize 2022 is now closed.

The ASPIRE Prize is an annual award, valued at US$25,000 (approximately A$33,000 – $35,000), which recognises young scientists from APEC economies who have demonstrated a commitment to both excellence in scientific research, as evidenced by scholarly publication, and cooperation with scientists from other APEC member economies.

Each year the APEC host economy is asked to provide a theme to guide nominations for the ASPIRE prize to be awarded in their host year. For its host year of 2022, Thailand has selected “Innovation to achieve economic, environmental, and social goals” as the ASPIRE prize nominating theme.

The theme focuses on advancing the bio-circular-green (BCG) economy concept to integrate a BCG economy model, as well as the Environmental, Social and Governance (ESG) practices and the Responsible Business Conduct (RBC) among the private sectors. At its core, the theme will showcase impactful research created to transform the whole of society to become more balanced and sustainable. This may include research that encourages biological advances, promotes sustainability, or achieves better understanding of agricultural systems.

Nominees should demonstrate a commitment to excellence in scientific research and cooperation with scientists from other APEC member economies, including inclusive and interdisciplinary collaborations, in subjects such as: biology, chemistry, environmental science, physics, mathematics, economics, social sciences and other relevant fields.

Each member economy, through its representative on the APEC Policy Partnership for Science, Technology and Innovation (PPSTI), is invited to nominate one young scientist under the age of 40 (on 31 December 2022) to be considered for the 2022 ASPIRE Prize.

Given the important role of science cooperation and research to support economic prosperity across the region, the Australian Government and the Australian Academy of Science are running a national competition to select three Australian finalists.

The winner of the national competition, along with other economies’ candidates, will be nominated for the ASPIRE prize.  The winner of the 2022 ASPIRE Prize will be recognised in an award ceremony at the APEC PPSTI meeting in August, held in Thailand.

Nominations will be assessed on the following APEC criteria:

The selection panel will also take into consideration the extent to which the nominee uses science to solve real-world problems and/or whether their scientific outputs have practical applications.

Please note that nominations submitted to APEC directly will be sent to the Academy for review.

Australia may nominate one young scientist from Australia under the age of 40 to be considered for the 2022 ASPIRE Prize.

The nominees from each APEC member economy will then be considered by the full APEC Policy Partnership on Science, Technology and Innovation working group for selection as the 2022 ASPIRE Prize winner, with prize money in the amount of US$25,000 (equivalent to A$33,000 – $35,000).

The Academy will provide a shortlist of the six highest ranked nominees to the Department of Industry, Science, Energy and Resources, who will select the Australian nominee and finalists. The selection of the successful nominees by the Department will be final.

Nominations are considered carefully against the selection criteria by a committee of scientists with diverse expertise. The decisions of the committee are based on the assessed competitiveness of the proposal. Neither the Academy nor the Department of Industry, Science, Energy and Resources is able to enter into discussion or correspondence regarding the reasons why a nomination is or isn’t successful.

Click here to find out about the past Australian finalists.

This program is sponsored by the Australian Government Department of Industry, Science, Energy and Resouces.