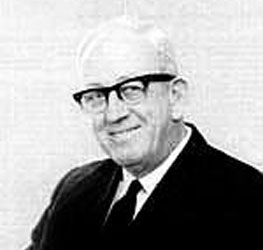 The call for applications is currently closed

With the generous support of the late Lady White MBBS and the late Sir Frederick White FAA FRS, the Academy has established a series of research conferences in the physical and mathematical sciences related to the solid Earth, the terrestrial oceans, Earth's atmosphere, solar-terrestrial science, space sciences and astronomy.

The purpose of the conferences is to advance at the most fundamental level of the understanding of the subject, to introduce to Australian research new aspects or directions, and to encourage participation of overseas scientists.

One conference is funded annually. Conferences are usually of about two days duration. A sum of up to $10,000 is provided. The supplementation of this sum is encouraged.

Organisers are asked to make an undertaking on acceptance of an offer of funding from the Academy to call their conference an Elizabeth and Frederick White Conference and to advertise it as such.

Organisers are invited to submit an online Expression of intent (EOI), which should include:

Note that conferences that are one of a continuing series are less likely to gain support unless they specifically address a newly emerging theme or topic within the broader area of the series.

Expressions of Intent are short-listed by the awards committees in June and the organisers of short-listed proposals are asked to provide a detailed application by 1 August. The final decision is announced in early November.

Venue hire of the Shine Dome is complimentary for up to two days where requested. Please note that AV equipment and technician, catering and caretaking are not included in the complimentary Shine Dome venue hire. Shortlisted applicants are requested to contact the Shine Dome Venue Coordinator for a quote as part of their application budgeting.  At this stage, applicants should also check availability of proposed dates, and a tentative hold will be placed on these dates. Please note that this is not secured until the award is granted, but will increase the likelihood that the dates will still be available if/when awarded.

For more information about the application process, contact the Awards Officer, at awards@science.org.au or call +61 (0)2 6201 9407.

For more details on these and other Elizabeth and Frederick White Research conferences, see the event list.