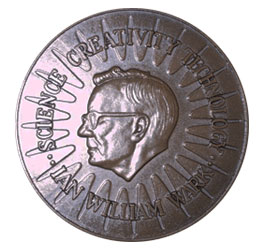 The 2022 nomination round is now closed

The award recognises research that contributes to the prosperity of Australia where that prosperity is attained through the advancement of scientific knowledge or its application, or both. The award is normally made every two years and includes a $3,000 honorarium. The Medal and a lecture is presented at a dinner in the Awardees State capital.