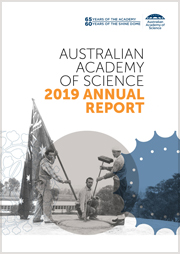 National progress in diversity and inclusion in the science sector was one of the many achievements highlighted in the Academy’s recently published annual report for 2019.

Major achievements included the launch of three major women in STEM initiatives, support for nearly 5000 early- and mid-career researchers, and the publication of a Reconciliation Action Plan.