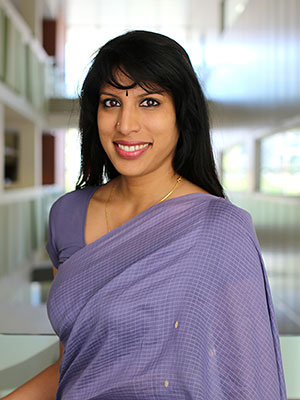 Science Meets Parliament South Australia (SMP-SA) is a new non-partisan initiative to link scientists with South Australian politicians and their staff members to discuss the importance of science for SA economy. SMP-SA was a direct result of links created at the EMCR Forum Science Pathway 2015: Effective science communication for EMCRs, which took place in Adelaide. The first SMP-SA occasion on 27 October 2015, ‘Can STEM Save South Australia?’ was a great success and future events are planned.

Stephen Halliday, Director of Hawker Britton Group, was invited to speak at the EMCR Forum Science Pathways 2015 about the art of communicating science and he challenged EMCRs to engage with politicians. I accepted this challenge and together we started developing the idea of SMP-SA as a forum for politicians to meet scientists basing on the initial idea of the national Science Meets Parliament. SA Chief Scientist, Dr Leanna Reed, connected us to the Australian Academy of Technological and Engineering (ATSE) who used to run parliamentary briefings. As a group we developed the idea further to host events three times a year, choose an economically relevant scientific issue and invite selected science experts in academia and industry to Parliament House and engage with MPs and their staff members.

Ms Leesa Vlahos, MP (ALP) and Mr Steven Griffiths, MP (LP) kindly agreed to sponsor and host SMP-SA in the Parliament of South Australia. Representatives of The Royal Institution of Australia (RiAus) and the Australian Academy of Science joined the planning committee. Funding for this initiative was sought and provided by SA Science Council, University of Adelaide, University of South Australia and Flinders University.

The first event, ‘Can STEM Save South Australia?’, was hosted by Ms Vlahos MP and Mr Griffiths MP went brilliantly. There was a greater turnout of MPs and political staff members than expected for a first event, especially as it was a parliamentary sitting day, and 16 science experts including SA University Deans, secondary school principals, industry organisation leaders and Australian Academy Fellows were present. The event was hosted by the gregarious Dr Paul Willis of RiAus and opened by Chief Scientist Dr Leanna Reed.

Professor Martin Westwell, Director of the Flinders Centre for Science Education in the 21st Century, presented on the importance of a strong STEM education for the future prosperity of SA. In particular the challenges in increasing the uptake of senior-secondary and post-school STEM subjects by SA students. Professor Westwell described a new STEM strategy being developed by the SA government, which aims to improve students’ STEM education in line with international innovation and good practice. The presentation was followed by a ‘speed-dating’ session where the MPs and staff members met each science expert for three minute rounds to exchange contact details and discuss STEM education in SA. The chatter in the room was deafening and both sides were animatedly discussing STEM education; business cards were flying back and forth with promises of future dates. MPs and staff members gave effusive feedback and were enthusiastic about the speed-dating format, which allowed them to meet all the science experts.

SMP-SA will continue in 2016 with three events currently being planned and future topics debated. The first event will be hosted in early April with the first topic still under discussion. SMP-SA was triggered by a general observation by Stephen Halliday at the EMCR Forum’s Science Pathways 2015 conference and this was the catalyst for multiple organisations creating this forum for direct engagement between scientists and politicians in South Australia .