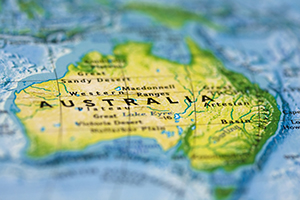 The EMCR Forum recently teamed up with Thinkable.org to run the inaugural online ‘Inspire Australia’ competition open to all early- and mid-career researchers (EMCRs) in Australia. Entrants submitted a short video showcasing their research. We received 28 entries. Over 100,000 people engaged with the competition (60,000 unique users spent 3,000 hours viewing the entries). Entries were voted on by the public and a panel of expert judges, with a total of 5,649 registered votes, 392 of which were from fellow researchers. There were also 183 comments.

We would like to congratulate the top ten entries, who shared in the prize pool of $14,849: Cathal O'Connell, Robert Gorkin, Tullio Rossi, Sofie De Meyer, Karen Weynberg, Belal Chami, Damian Harris, Jeremy Henson, Debbie Watson and Regina Vega-Trejo. All their videos can still be viewed at the Inspire Australia competition at thinkable.org.

The EMCR Forum would like to thank all of the entrants for sharing their amazing research with us and the world. We would also like to thank the following people for working with us to make this competition possible:

And finally Ben McNeil from Thinkable.org, where research competitions can be designed to showcase and maximise public engagement with research while spurring collaboration amongst researchers.

The Forum plans to run the Inspire Australia competition again this year, so I interviewed two of the winners to get their advice for budding video makers.

AS: How did you go about putting the video together?

CO: I wanted to do something that would be effective in getting the ideas across in an accessible way, and without needing expensive equipment. I thought an animation could do it. I was lucky enough to know a few very talented people who could help.

First I got in touch with Gyongyver Englonder (at Monash University) an architect/artist friend of mine. Having never done anything like this before, we were both pretty naive and decided we could do everything by hand. Turned out to be more work than we expected!

I sketched out some rough ideas for 'scenes', just as a series of presentation slides. It was easier this way to move things around and get things in order before writing a draft script. I recorded the narration using my smartphone at St Vincent's. I got permission to use an old lab of Graeme Clarke's as it was nicely soundproofed for his bionic ear work.

Next Gyongyver designed the drawings, and worked out the architecture of the whole arrangement, (i.e. how the pictures would be arranged on the page). She made model drawings and then traced these out onto the page in very light pencil.

I drew over these light sketches in marker while my wife (Monika Fekete, also at Monash) took about 2000 photos. We didn't have a tripod, so instead we built an x-y stage using some metal bars and toilet paper tubes.

I was very lucky again in that my cousin, Ben Murrie, a brilliant young composer based in Sydney, was able to provide 3 minutes of inspirational music.

Finally I had to learn how to use Photoshop (obtained on a free 30 day trial) and the other audio and video editing tools. The post-processing and editing was the most time consuming part. It was obviously a major challenge to squeeze all this in on top of full time work...I lost a good deal of sleep.

DW: My video was very simple and based on photographs in the lab (my genetics lab, and of my students) and other locations (like the beach or lake), highlighting the fact that I had experience in medical research but am currently unfunded. So my video was produced simply by using Moviemaker, putting photos together and adding words to each slide.

AS: Did you make use of your institutions support services? If so, who?

CO: Unfortunately not in this case. We have wonderfully talented media people at the University of Wollongong (UOW), but I'm based at an 'outpost' lab down at St Vincent's Hospital in Melbourne, so I couldn't take advantage of their expertise or equipment. During the promotion of the video, I had fantastic support from my Institute's media officer, Natalie Foxon, and all the wider media team at UOW. They really got the word out and got people voting!

DW: I created my video independently. The university (UOW) did promote my video through email at the end of the competition.

AS: What did you get out of the experience?

CO: Through the mistakes I made along the way, I learned a lot about how to put a creative project together. Obviously, the technical skills too. It was a lot of fun! Besides making the video itself, the promotion stage later on was also crucial. Again I was lucky to have a lot of enthusiastic promoters, not least my mother back in Ireland!

DW: I received some funding, so that was great. I also promoted my video on Facebook to friends and family, who were very interested in my research, and very supportive. The university (UOW) also promoted my video along with two others (that came 1st and 2nd) from our institution through university email, which helped reach a greater audience and obtain more votes to support us. I think I was able to make a point in my video about lack of funding for experienced mid-career researchers.

AS: Do you feel as though it increased your profile at either an institutional or national level?

CO: Absolutely! I've got some great media exposure, and will certainly be using this to leverage future job and funding applications. Being able to communicate your research to the wider community is being recognised as more and more important.

AS: Do you have any tips for EMCRs putting a future submission together?

CO: Try to think from the audience's point of view. What are they interested in? Try to engage them at a human level. Don't throw the kitchen sink at them, but just convey a few key ideas as well as possible. Be imaginative. Try to approach the project in a unique way, tell the story in a way only you can. Work on the draft with people who are not scientists and use them to help get rid of the jargon. Mostly, have fun!

DW: I think the videos that had a bit of fun in them or that were more creative got the most views. Promoting the video is also important to get the votes you need, as the funding is based on your proportion of votes, so involve social media and your institution in promoting your video.