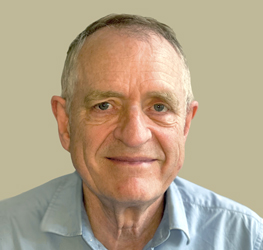 The purpose of this award is to recognise individuals who have led efforts in their or other institution(s) to foster and promote integrity in science. They will have promoted fairness, honesty, and consideration of others in the practice of scientific research.

A donation from the Walter and Eliza Hall Institute has enabled this award to be established and funded until 2033 with the inaugural awardee receiving their award in 2023. The award will be offered biennially from 2025-2033. The fellowship is restricted to candidates who are normally resident in Australia and who will deliver workshops and/or lectures in Australia.

The Council of the Academy will award the fellowships on the recommendations of the David Vaux Research Integrity Fellowship Award Committee. Awardees will present workshops and lectures in Australia, primarily to research higher degree candidates, with the aim of instilling the importance of integrity in science and its outcomes and demonstrating the critical responsibility of every scientist.

Visits to as many states and territories in Australia as possible, including Western Australia, the Northern Territory and northern Queensland, are strongly encouraged, along with a spread of lectures in different institutes and locations. The production of quality online material and online delivery of lectures are also encouraged.

Up to A$10,000 is available to cover economy class airfares and local transportation within Australia, lecture venue fees (when applicable) and a daily allowance. Daily allowance rates are listed in Table 2 of the Tax Offices Tax determination webpage.

Fellowships are normally expected to be undertaken within two years from the date of award. Awardees may apply for extensions due to extenuating circumstances or to apply for variations as a result of barriers to their planned travel.