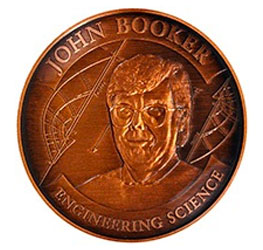 The prize of up to $3,000 is awarded annually to researchers up to 10 years post-PhD in the calendar year of nomination, except in the case of significant interruptions to a research career. The award is restricted to candidates who are normally resident in Australia and for research conducted mainly in Australia.

The Academy acknowledges the financial support of the Group of Eight (Go8) Deans of Engineering and Associates.

This award has been made available through generous contributions from the following university faculties.