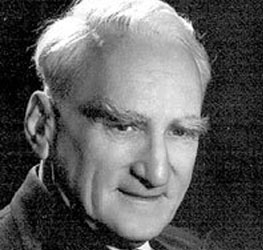 The call for applications are currently open

The Rudi Lemberg Travelling Fellowship commemorates the contributions of Professor M.R. Lemberg, FAA, FRS to science in Australia. The Fellowship is financed through the generous bequest of Mrs Hanna Lemberg and the Australian Society for Biochemistry and Molecular Biology.

The purpose of the Fellowship is to enable either Australian or overseas scientists of standing to visit Australian scientific centres and to deliver lectures.

The Lemberg Fellow may be drawn from any field of biology but special consideration will be given to those areas in which Professor Lemberg had an especial interest, namely biochemistry, conservation and the Australian flora.

As well as having outstanding scientific credentials, the successful candidate must also have a proven ability to inspire the next generation of scientists and reach the lay public outside of his/her field. It is the responsibility of the nominator to nominate hosts for the arrangement of both public and scientific lectures in the various centres to be visited.

The Fellowship is offered every 2 years and is tenable for visits to and within Australia of not less than two weeks. Up to $A15,000 is available to cover economy class airfares and assistance towards living expenses. The amount offered is subject to a budget and detailed itinerary.

The financial support of the Australian Society for Biochemistry and Molecular Biology is greatly appreciated.

Lectures are encouraged to be held at the Academy's Shine Dome and this is accordingly made available free of charge, although caretaking charges apply for weekends and on weekdays from 5 pm. Nominators are also encouraged to contact the secretariat to determine costing for anything in addition to week day venue hire.

The Academy does not, in general, have the resources to offer support to partners and children to accompany an awardee of a travelling fellowship or scholarship, but will on a case by case basis and subject to the availability of funds, consider support for a carer to accompany an infant if this allows the carer to accept the award.