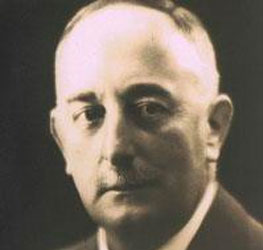 The call for nominations is currently open

The 2023 award round is now open to nominations.

The Fellowship is financed through the generosity of the trustees of the Selby Scientific Foundation. In 1980 the Directors of H B Selby Australia recognised the need for a continuing source of funds to help finance education, research and development in the fields of science and medicine, with which the company had been involved for some 80 years as a supplier of scientific instruments, laboratory apparatus and chemicals. Accordingly, the Selby Scientific Foundation was established with contributions from HB Selby Australia Ltd, members of the Selby family and a number of shareholders in the Selby company.

Fellowships are awarded to distinguished overseas scientists to visit Australia for public lecture/seminar tours and to visit scientific centres in Australia. Fellows are expected to increase public awareness of the physical and biological sciences and scientific issues and accordingly will be outstanding lecturers to the general public.

Fellowships are tenable for visits of not less than two weeks and not more than three months. It is the responsibility of the nominator to nominate and contact hosts for the arrangement of both public and scientific lectures in the various centres to be visited.

Fellowships are awarded by the Council of the Academy on the recommendations of the Selby Fellowship Selection Committee. Prospective candidates should not only be outstanding scientists but also should have strong public lecturing abilities. It is intended that awardees will present advertised public lectures and provide strong evidence for their ability to effectively communicate their scientific work to a broad audience with no expertise in the field. Visits to as many areas of Australia as possible, including Western Australia, are encouraged.

Please include a budget breakdown detailing airfares, living expenses and other expected costs. Up to $A15,000 is available to cover direct return economy class airfares between the Selby Fellow’s city of residence and Australia; economy class airfares within Australia for an itinerary approved by the Academy’s Council; and a daily allowance should be included within the $A15,000. Daily allowance rates followed for this scheme are listed in table 2 of the Tax Offices Tax determination webpage.