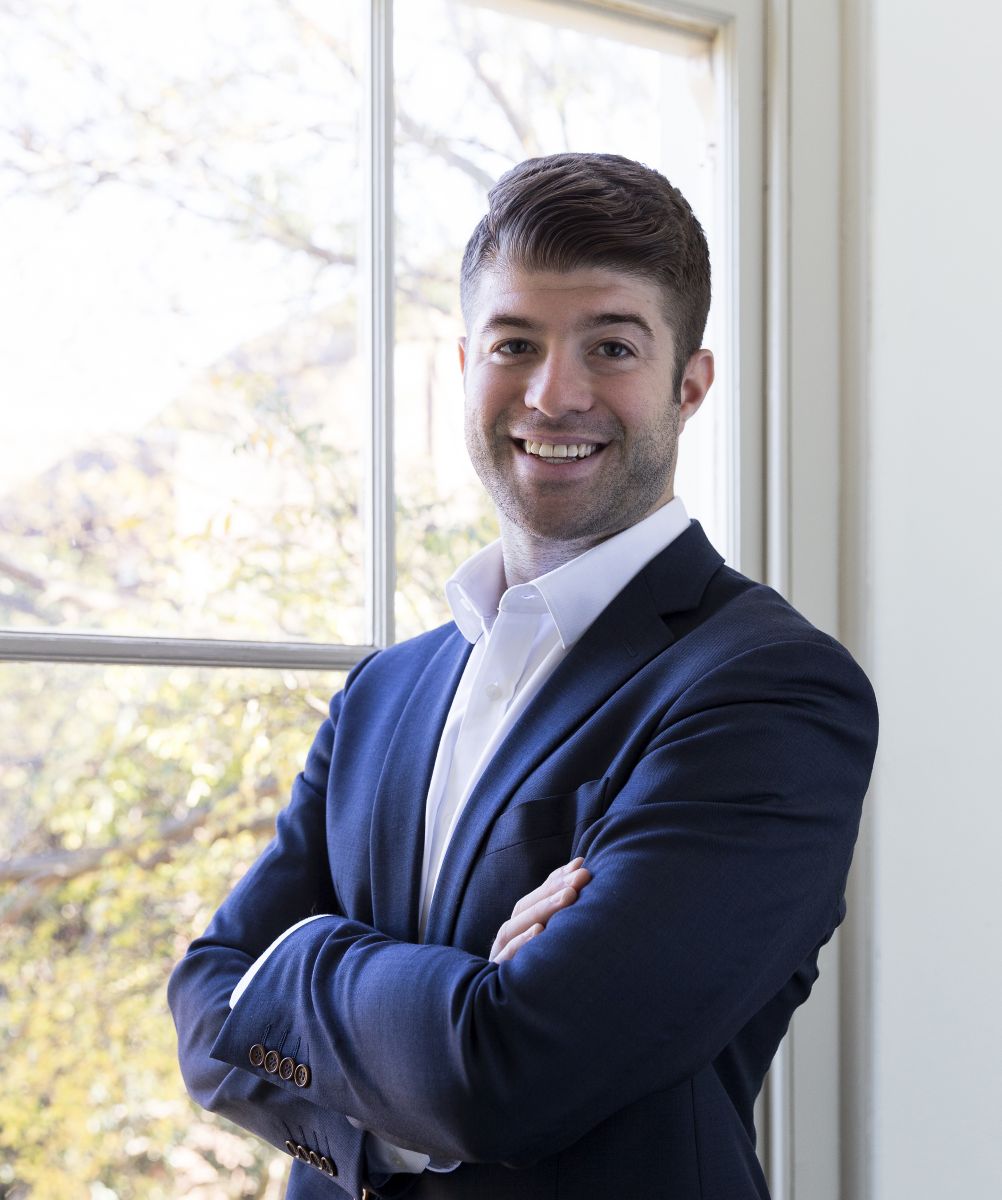 Michael is an Associate Professor and team leader at the University of Sydney’s Brain and Mind Centre and School of Psychology. His team uses cutting-edge computational, cellular and preclinical research techniques to discover and develop novel pharmacotherapies for serious brain disorders that currently lack effective treatments. Some of their most important work involves the discovery and development of novel pharmacological treatments targeting the brain oxytocin system that are aimed at substance-use disorders and social disorders. Michael co-founded a spinout company, Kinoxis Therapeutics, to commercialise these treatments.

In other ongoing work, his team are exploring the utility of targeting extrasynaptic GABA-A receptors to treat a number of neurological and mental health disorders. Finally, in work with the Lambert Initiative for Cannabinoid Therapeutics, Michael’s team is exploring the therapeutical potential of cannabinoid-based therapeutics for a range of disorders, including substance use disorders, autism spectrum disorder and epilepsy. 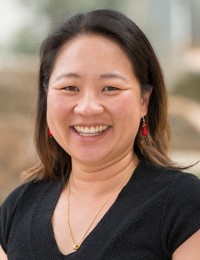 Vanessa is a soil scientist and Senior Lecturer in the School of Earth, Atmosphere and Environment at Monash University. She completed her PhD at the Australian National University and then worked as a research scientist at Geoscience Australia and Southern Cross University. Her research broadly focuses on soil chemistry, and looks at the interactions between soils, sediments and water. She works in both agricultural environments, assessing the effects of land degradation, and potential remediation options, and natural environments, seeking to understand biogeochemical cycling in wetland soils.

She is keen to communicate the importance of soils to society, and regularly organises outreach events and gives talks to the general public on this topic. She is a Certified Professional Soil Scientist (CPSS) and has been involved in the executive committees in Soil Science Australia and the Australian Regolith Geoscientists Association. 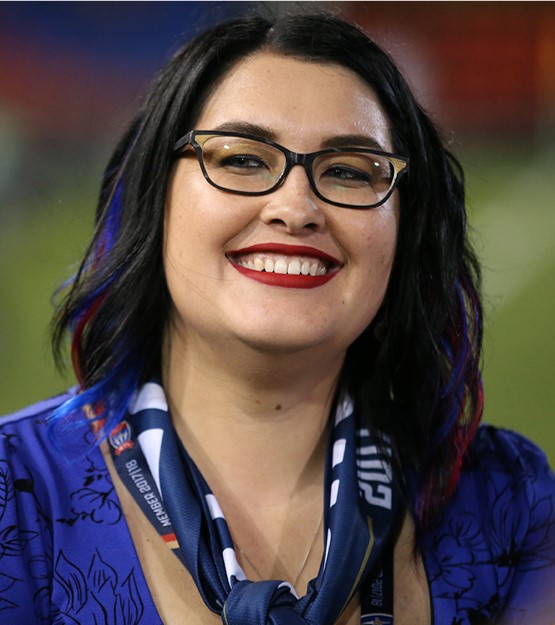 Emma is an NHMRC Early Career Fellow at the University of Newcastle, working in the field of molecular nutrition, studying gene-nutrient-environment interactions. She a multi-faceted research background, with qualifications and experience in food science, nutrition, epidemiology, science management, biomedical sciences, immunology and microbiology.

Emma completed her PhD, in 2016, as a joint project between the University of Newcastle and the CSIRO.  She attended the 65th Lindau Nobel Laureates Meeting in Germany in 2015, and the 8th HOPE Meeting with Nobel Laureates in Japan in 2016. In 2014 Emma was a Visiting Fellow at the USA National Institute of Environmental and Health Sciences (NIEHS). 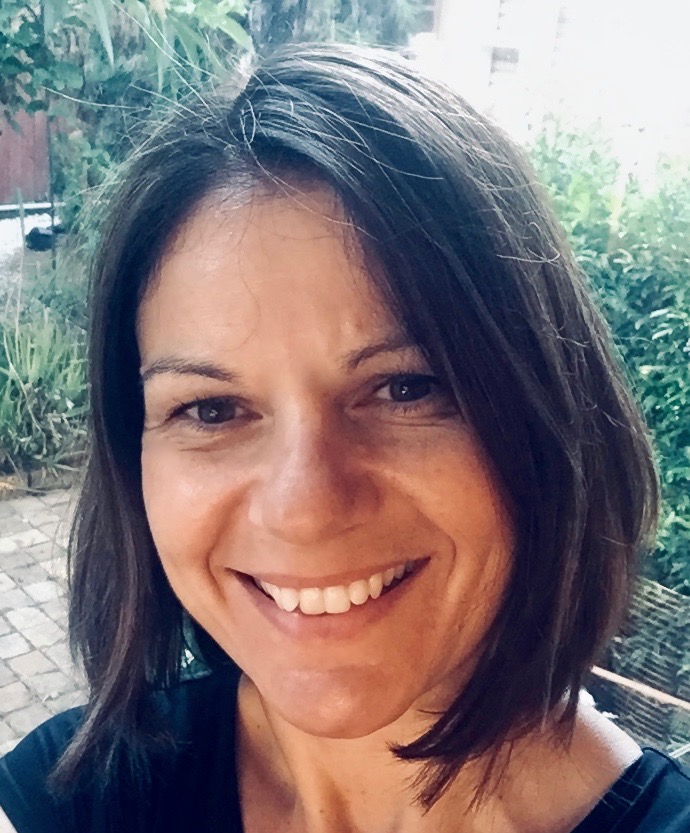 Zsuzsa is an environmental scientist and lecturer in Corporate Environmental Management at James Cook University in Townsville. She was born and raised in Budapest, Hungary, then studied in Edmonton, Alberta, CA and obtained her PhD from Griffith University, in Brisbane.

Prior to moving to Australia, she worked for Deloitte as senior environmental consultant and this work sparked her interest in pursuing a PhD investigating how environmental issues manifest as financial risks and opportunities in organisations, and particularly in the financial sector. With her colleagues, she conducted the first study into financing climate change adaptation and resilience in Australia, defined this term and continues to work with stakeholders to find ways to tap into private sector funds. Her most recent, exciting endeavour is benchmarking climate change disclosure practices among the top financial institutions of the world.

Zsuzsa is an experienced public speaker and (has been told she is) a great networker, who is able to engage with multiple industry stakeholders. She has three children, and is passionate about supporting women, mothers, and daughters through their careers, PhD and ECR journeys. 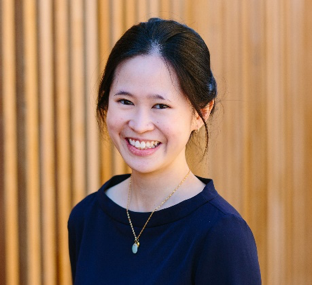 Yee Lian is an NHMRC Research Fellow at the University of Wollongong and Illawarra Health & Medical Research Institute (IHMRI), trying to understand the chemical signals in the brain that trigger learning and experience-dependent behaviours. She leads a young team of researchers who use the small invertebrate model C. elegans (the nematode worm) to address fundamental questions in neuroscience. The lab uses a combination of genetic tools, advanced imaging and behavioural assays in order to dissect pathways of neuronal communication important not only for learning, but also relevant to human disorders such as pain and neurodegenerative disease.

She is an enthusiastic science communicator and has been involved in events at the Cambridge (UK) Science Festival, the Sydney Science Festival and Fresh Science (Science in Public). She has recorded podcasts for the University of Wollongong, an Elevator Pitch video with ABC Science, and stood on a soapbox at Sydney’s Circular Quay to talk science with members of the public as part of Soapbox Science 2019. She enjoys undergraduate teaching and always takes the opportunity to share microscopy images of fluorescing worms, or share the odd worm pun, during her lectures.

Yee Lian always has time to mentor young researchers from underrepresented backgrounds who need help with job/grant/funding apps or just a little pep talk! She is part of IHMRI’s equity, diversity and inclusion committee and is passionate about creating a stronger, more diverse research community. 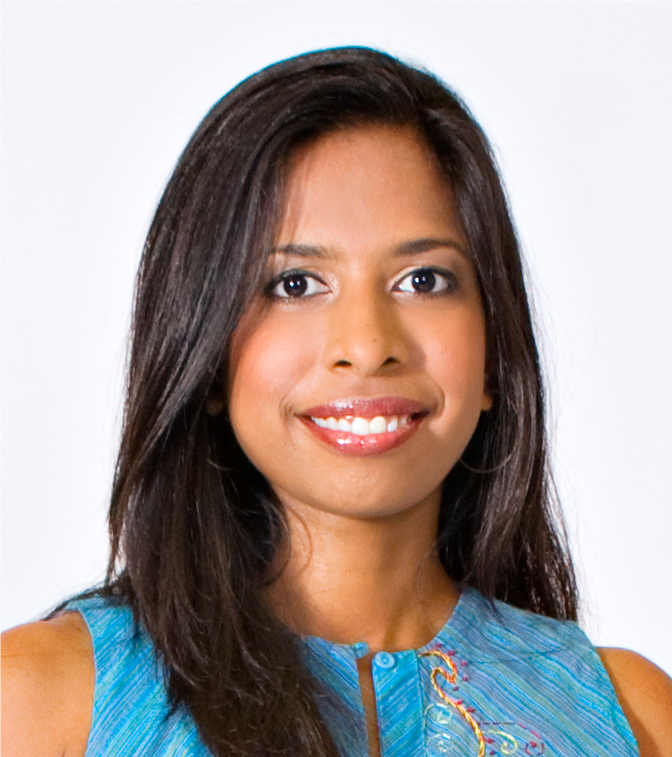 Her research interests are in characterizing protein interactions to understand biology, design novel therapeutics and develop more effective drug and gene delivery systems. In her current research Michelle uses a combination of methods including x-ray crystallography, electron microscopy and protein interaction studies to determine how bacterial toxins punch holes in host membranes. Prior to this her work focused on studying protein interactions related to membrane fusion. She was also involved in developing and characterizing novel peptide-based carriers for gene therapy.

In addition to her research activities she is also passionate about increasing diversity within the STEM community as well as raising awareness about mental health among EMCRs. 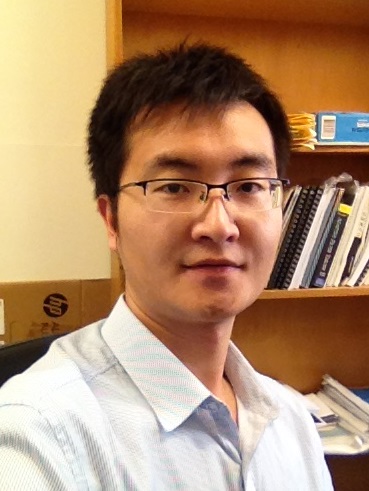 Jinzhe (James) is passionate about solving pressing issues in the water industry through innovation. His key research interest and expertise include Smart Water Network design and data analytics, hydraulic analysis of pipeline systems, and condition assessment of civil infrastructure. James is currently a Lecturer in Water Engineering at Deakin University (Geelong Waurn Ponds Campus). Prior to joining Deakin University, James worked as a Data Analytics Engineer in South Australian Water Corporation (SA Water) for the Adelaide CBD Smart Water Network project, and a Senior Research Fellow at the University of Adelaide. His work in SA Water has contributed to a 50% reduction in the pipe break rate in the Adelaide CBD water network. One of his research outcomes – a hydraulic transient-based pipe wall condition screening tool – has been successfully commercialised through a business partner under the trademark of p-CATTM. James completed his PhD in Water Engineering at the University of Adelaide in 2014. He also holds a master's and a bachelor's degree in Applied Geophysics.

Tim is a Senior Research Associate at the Centre for Energy Technology at the University of Adelaide, having completed his PhD in mechanical engineering in 2011 from the same university. His main expertise is in fluid mechanics, turbulence, combustion and renewable energy systems (solar, wind and wave), where he utilises a combination of state-of-the-art experimental techniques, laser diagnostics and computational modelling to advance fundamental understanding in these fields. He also has experience in designing green buildings, having worked both within the industry and academia to reduce the carbon footprint and improve indoor environment quality within the built environment.

He is particularly interested in applying scientific knowledge and engineering know-how to address practical challenges, both within the society and industry, such as reducing energy consumption and emissions from systems through improvements in efficiency or the development of new green technologies.

He was awarded an Endeavour Fellowship award from the Australian Government in 2015 to conduct research at Sandia National Laboratories in the US. He has also been featured in an episode of ABC’s Nexus program on the life of international students in Australia, which was broadcast within the Asia-Pacific region.

Tim is also keen in popularising STEM fields, particularly amongst the younger generation, as he thinks this is crucial for Australia to meet the needs of an increasingly automated society. 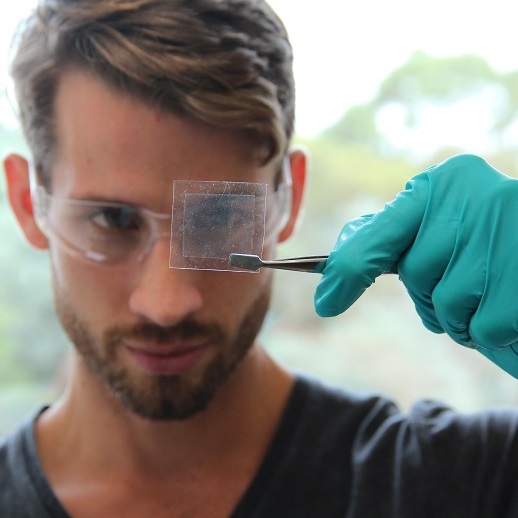 Adrian is an OCE Postdoctoral Research Fellow at CSIRO Manufacturing in Sydney. His research focuses on the synthesis of novel nanomaterials, such as graphene, and atomic-scale electron microscopy of these structures. Applications for these nanomaterials range from future energy storage devices to water membranes.

Adrian studied as a John Curtin Undergraduate Scholar at Curtin University and received a BSc in Nanotechnology with First Class Honours, before completing a DPhil in Materials at the University of Oxford through a Commonwealth Postgraduate Scholarship and a Clarendon Research Grant. In 2013 he completed an internship at the Samsung Advanced Institute of Technology in South Korea.

Adrian has broad interests around Australian scientific innovation and impact, science policy, and STEM education, with over 10 years’ experience in teaching and science communication. Amongst other positions he was an associate lecturer in physics; the director of the Curtin University Siemens Science Experience; a school liaison officer and tutor of materials science for St Anne's college at the University of Oxford; and a guest science presenter for BBC radio Oxford. 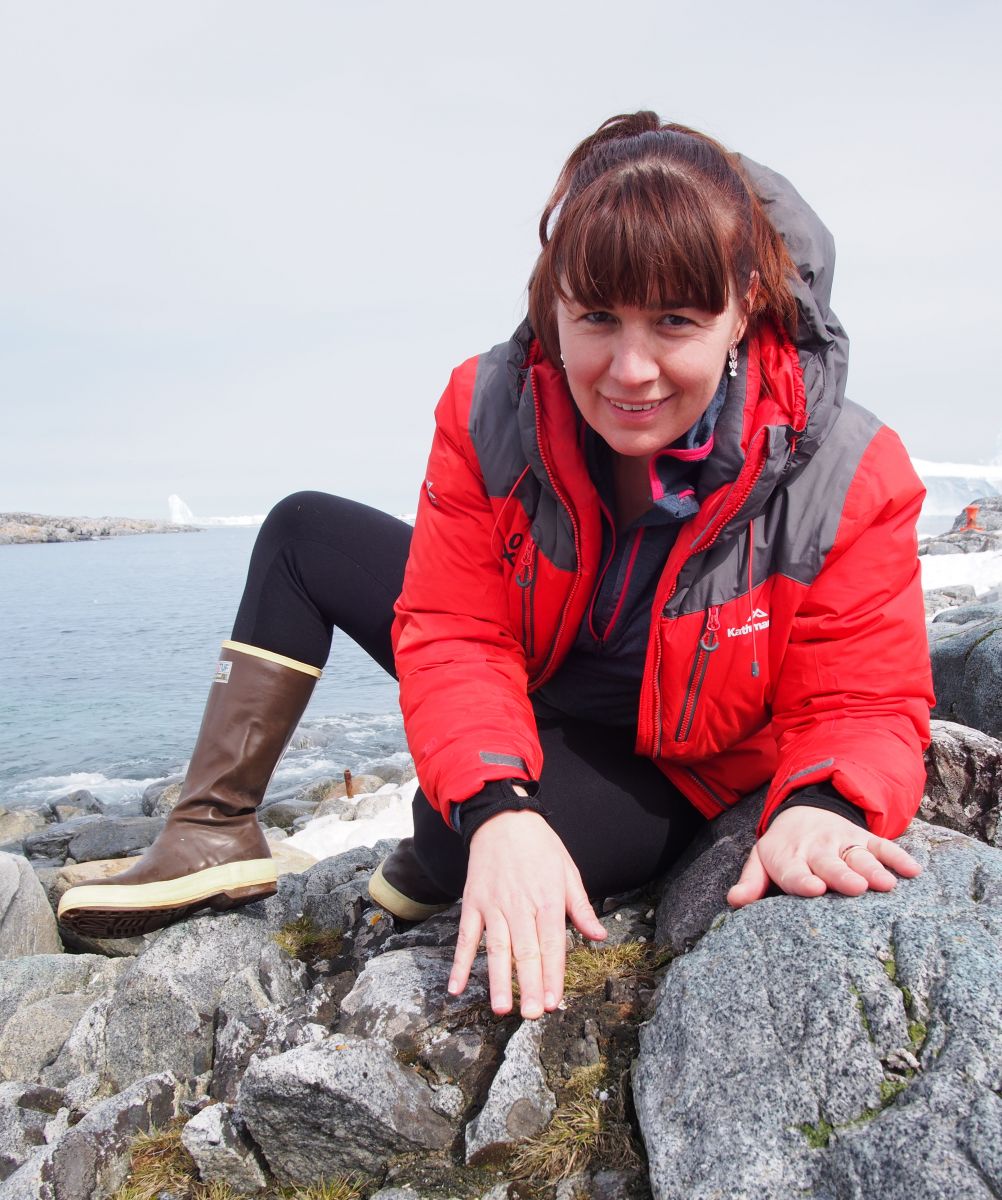 Justine is a Research Fellow at the Centre for Biodiversity and Conservation Science, The University of Queensland. Her research focus is on the conservation of threatened species, island ecosystems and terrestrial Antarctica. Her current research investigates interactions between indigenous and non-native species, the risks posed by non-native species to Antarctic ecosystems.

Justine obtained her PhD on sub-Antarctic plant ecology from the University of Tasmania (2005). She undertook a postdoctoral fellowship (2007-2010) at the NRF-DST Centre for Excellence for Invasion Biology, Stellenbosch University (South Africa) researching invasion dynamics of sub-Antarctic islands. She has worked for state and federal government as conservation biologist. In 2012 she commenced a postdoctoral fellowship with the ARC Centre for Excellence in Environmental Decisions, UQ. Currently she leads a research project with the National Environmental Science Programme, Threatened Species Recovery Hub (UQ) on island conservation. She has been undertaking field work in the sub-Antarctic for 20 years. She is a mother of one and passionate about gender equity is science. Justine is a co-founder of Women in Polar Science and Homeward Bound - a global women scientists leadership program. 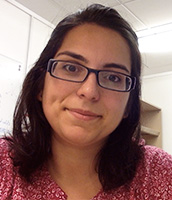 Irene is a Senior Research Fellow at the Physics Department in Curtin University. Originally from Spain, Irene completed her PhD from University of Sussex (UK) in 2007. After a post-doc at the Institute of Materials of Nantes (France), she moved to Curtin University for her second post-doc in 2009. The year after, she obtained an ARC Australian Postdoctoral Fellowship (2010-2014). Her first daughter and her current ARC Future Fellowship award arrived almost at the same time in 2014. Her research career has been mainly dedicated to the atomistic modelling of carbon materials. In collaboration with experimental chemists, physicists and engineers, she has investigated graphite, diamond, amorphous carbons and a range of carbon nanomaterials. She has won multiple prizes for her scientific outreach projects and particularly enjoys creating scientific artistic images.