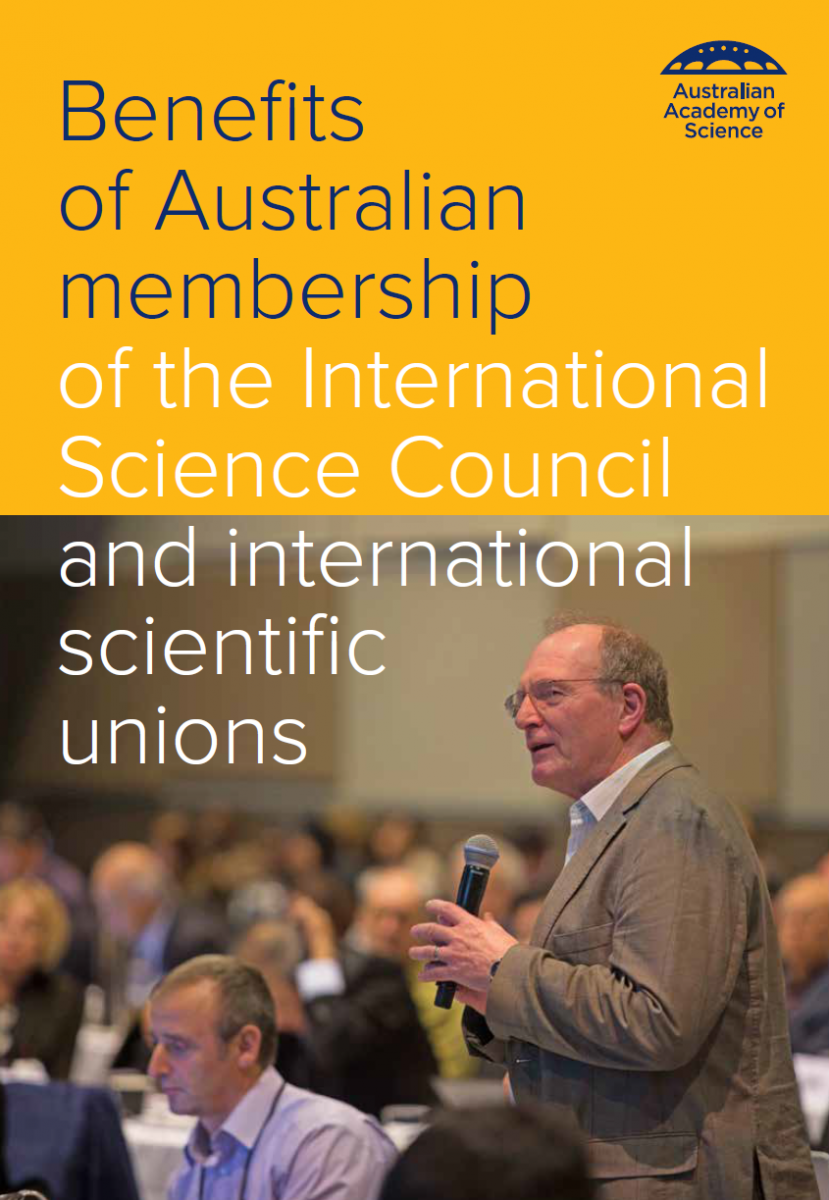 These reports summarise the benefits returned to Australia through its membership of global science organisation, the International Science Council, and the Australian Academy of Science’s strategy to enhance these benefits.

The reports were launched on 17 April 2019 by the president-elect of the International Science Council, Professor Sir Peter Gluckman ONZ KNZM FRS FMedSci FRSNZ.