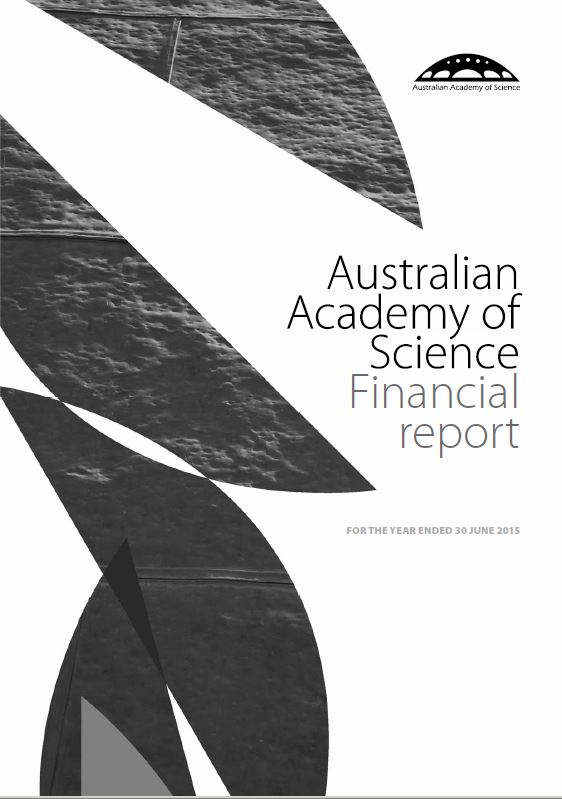 This is the financial report of the Australian Academy of Science for the year ended 30 June 2015. It includes a balance sheet for the financial year, as well as statements of comprehensive income, changes in equity and cash flows.

This shows that Academy operations cost $2.27 million and Primary Connections Operations $0.12 million, this was funded by net untied investment income of $1.52 million. Please note that there were also some small transfers over the year from the Enlightening Fund to Academy Operations.

Performance to budget – The major positive variances can be attributed to Investment income (net of sales and brokerage) well up on budget by 35% and a strong increase on the previous year of $716 thousand which is a similar performance to the prior 2014 year of $608 thousand growth. This continues to be primarily due to the investment restructuring away from term deposits to fully franked blue-chip stocks.

Negative variances can be attributed to:

At the end of June 2015 the Academy employed 48 full time equivalent staff. The full audited accounts of the Academy are available on the Academy website and a hard copy can be printed off for those that require one by calling the Academy Secretariat on 02 6201 9400.

Income, and expense and surplus graphs 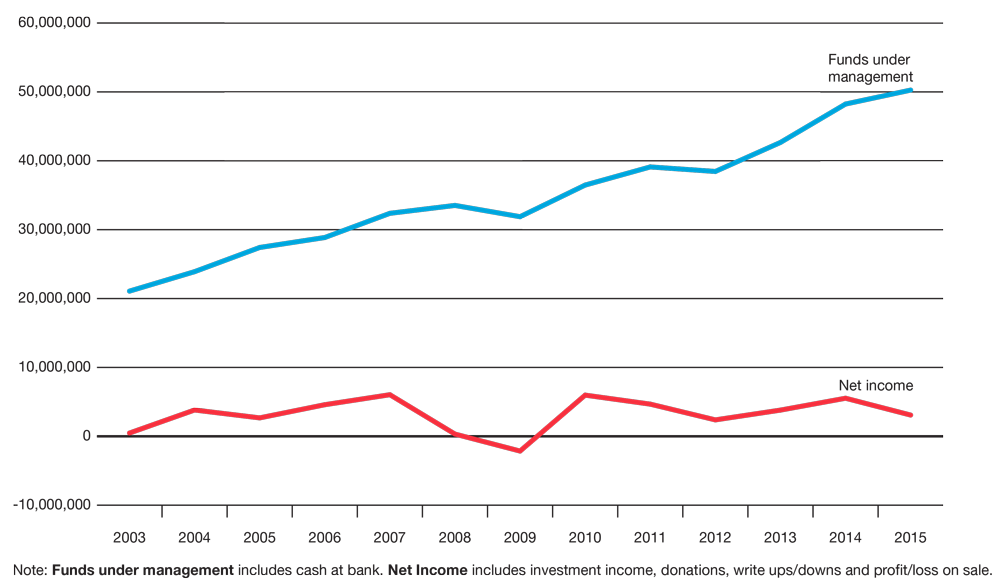