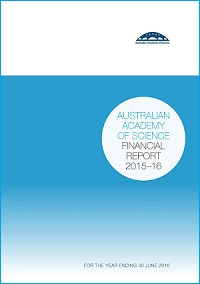 This is the financial report of the Australian Academy of Science for the year ended 30 June 2016. It includes a balance sheet for the financial year, as well as statements of comprehensive income, changes in equity and cash flows.

The Academy has posted an accounting deficit of $167,860 (2015 $52,547 deficit) for the year ended 30 June 2016 incorporating a non-cash impairment loss of $925,417. It must be noted also that Academy investments have decreased in value over this amount by $431,657 (2015 increase of $880,949) which creates an overall (but not realised) loss of $599,517 (2015 $828,402 gain). Compliance with accounting standards requires that significant changes in the market value of investments must be accounted for, but as the chart of funds under management illustrates, the trend in the value of the Academy’s endowments is upwards, reflecting the careful stewardship of these endowments. It would, of course, be better if the accounts showed a surplus, making more funds available for new initiatives.

Please see the below table detailing the Academy’s operating deficit and how it has been funded:

*Primary Connections income does not include donations yet to be spent so this will differ from audited figures due to accounting treatment.

This shows that Academy operations cost $1.4 million and Primary Connections Operations $0.43 million, funded by net untied investment income of $1.44 million to the extent that grants did not cover expenditure. Please note that there were also some small transfers over the year from the Enlightening Fund to Academy Operations. This is a much better result than the prior year noting in particular that much of the untied expenses related to a large non cash impairment loss.

Performance to budget – The major positive variances can be attributed to:

Negative variances can be attributed to:

At the end of June 2016 the Academy employed 62 full time equivalent staff. The full audited accounts of the Academy are available on the Academy website (above) and a hard copy can be printed off for those who require one by calling the Academy Secretariat on 02 6201 9400.

For a more detailed break up of income and expenditure please refer to the charts below. 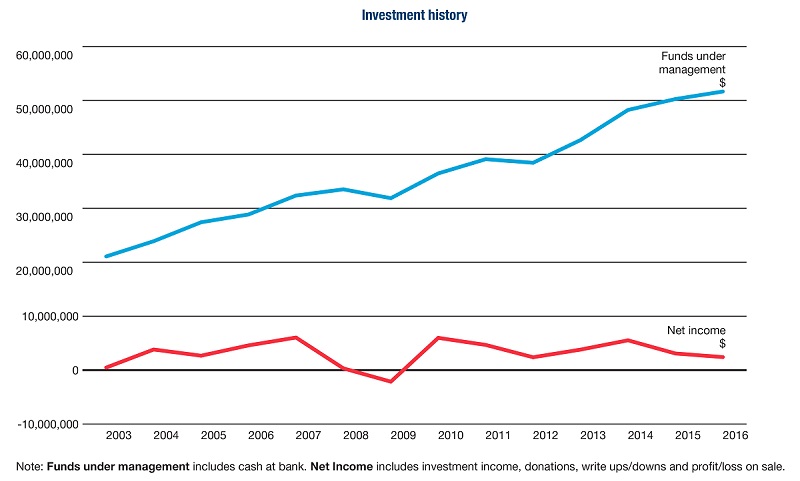 Support for Academy activities (amounts $10,000 and above)