About the members of the Executive Committee

About the Executive Committee (EXCOM) 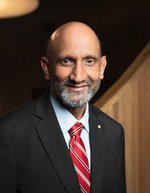 Professor Jagadish is a Distinguished Professor and Head of Semiconductor Optoelectronics and Nanotechnology Group in the Research School of Physics, Australian National University. He has published widely in semiconductor physics, materials science, optoelectronics and nanotechnology. Professor Jagadish is the Editor-in-Chief of Applied Physics Reviews, editor of 2 book series and serves on editorial boards of 19 other journals. He is a fellow of 11 science and engineering academies in Australia, the US, Europe and India, and 14 professional societies. He has received many Australian and international awards, including a UNESCO medal for his contributions to the development of nanoscience and nanotechnologies, and has been an Australian Research Council (ARC) Federation Fellow and an ARC Laureate Fellow. Professor Jagadish was elected a Fellow of the Australian Academy of Science in 2005. 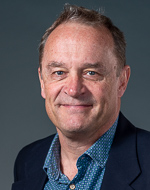 Professor Malcolm Sambridge is a geophysicist with interests in geophysical inverse theory, seismology and structure of the Earth’s interior, mathematical and computational algorithms and geo-data science. He has served the Academy as Chair of both the Anton Hales Medal committee and the Sectional Committee for Earth and Planetary Sciences, and as a member of the review committee of the National Committee for Data in Science. He has served on many university and discipline review committees. Professor Sambridge was elected a Fellow of the Australian Academy of Science in 2015. 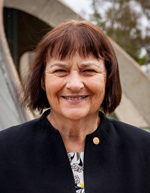 Emeritus Professor Helene Marsh is a conservation biologist who specialises in tropical marine mammals, especially the dugong. She is a past President of the International Society of Marine Mammalogy. Professor Marsh currently chairs the National Threatened Species Scientific Committee, is the Australian Natural Heritage Expert on the World Heritage Committee and a member of the Reef 2050 Plan Independent Expert Panel. Professor Marsh was elected a Fellow of the Australian Academy of Science in 2015.

Distinguished Professor Emeritus Frances Separovic holds an honorary appointment in the School of Chemistry and is deputy director of the Bio21 Institute at the University of Melbourne. She is president of the Biophysical Society (USA) and president-elect of Division I (Physical and Biophysical Chemistry) of the International Union of Pure and Applied Chemistry (IUPAC), and previously served on the Council of the International Union of Pure and Applied Biophysics (IUPAB) and as Chair of the Academy’s National Committee for Chemistry. Professor Separovic was elected a Fellow of the Australian Academy of Science in 2012 for her ground-breaking research in biophysical chemistry and the use of nuclear magnetic resonance to study cell membranes. 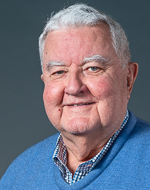 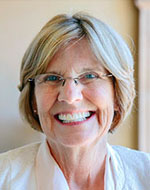 Professor Lyn Beazley is a distinguished neuroscientist and 2015 West Australian of the Year who has made a major contribution to the promotion and direction of science in Australia. As Chief Scientist for Western Australia (the first female to hold such a state role nationally) she championed gender diversity and science in the classroom through programs such as Microscopes in Schools, in addition to shaping science policy. Lyn is also well known for promoting science and technology in the media and she played a key role in bringing the internationally successful FameLab science communication competition to Australia. Professor Beazley was elected a Fellow of the Australian Academy of Science in 2019. 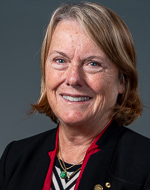 Professor Marilyn Anderson is a Professor of Biochemistry at La Trobe University and Chief Science Officer and Director of Hexima, a biotechnology company she founded with Professor Adrienne Clarke in 1998. Professor Anderson completed her BSc (Honours) at The University of Melbourne and a PhD in biochemistry at La Trobe University in 1976. She has 40 years’ experience in research, the last 20 of which have focused on peptides and proteins produced by plants for protection against insect pests and fungal pathogens. Professor Anderson was elected a Fellow of the Australian Academy of Science in 2011.