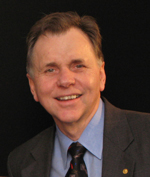 Professor Barry Marshall was interviewed in 2008 for the Interviews with Australian scientists series. By viewing the interviews in this series, or reading the transcripts and extracts, your students can begin to appreciate Australia's contribution to the growth of scientific knowledge.

The following summary of Marshall's career sets the context for the extract chosen for these teachers’ notes. The extract relates how he infected himself with the bacterium Helicobacter pylori to help convince others of its infectiousness. Use the focus questions that accompany the extract to promote discussion among your students.

Barry Marshall was born in Kalgoorlie, Western Australia, in 1951. After a childhood of hijinks and risk-taking, he went to the University of Western and graduated with an MB BSc in 1974. He served as an intern (1975), resident medical officer (1976) and registrar in general medicine (1977–1978) at the Queen Elizabeth II Medical Centre (Sir Charles Gairdner Hospital). He then worked at Royal Perth Hospital as registrar in intensive care and general medicine (1979), neurology and geriatrics (1980), general medicine and gastroenterology (1981), and haematology (1982).

During his gastroenterology rotation in 1981 Marshall met pathologist Dr Robin Warren. Warren and Marshall (working at Freemantle Hospital) together studied curved bacteria present in the stomachs of a number of their patients suffering from ulcers and gastritis. They discovered that peptic ulcers were due to Helicobacter pylori, not stress as previously thought. In 1984 Marshall did the ultimate test by infecting himself with the bacteria, developing the symptoms of the disease and then successfully treating himself with antibiotics. Marshall and Warren spent many years trying to convince the medical establishment of the validity of their work. In 1994 the World Health Organization accepted that H. pylori is a causative factor in stomach cancer. Their work received the Nobel Prize for physiology or medicine in 2005.

In addition to the Nobel Prize, Marshall has received numerous international awards including the Keio Medical Science Prize (Keio University, Japan, 2002), the Dr AH Heineken Prize for Medicine (Amsterdam, 1998), the Kilby Prize (Dallas, 1997) and the Warren Alpert Prize (with Dr JR Warren, Harvard Medical School, 1995). He was made a Companion in the General Division of the Order of Australia in 2007 and received the Australia Centenary Medal in 2003.

Marshall was elected a Fellow of the Australian Academy of Science in 1999 and was awarded the Academy’s Macfarlane Burnet Medal in 2003. He became a Fellow of the Royal Society in 1999.

By that time did you have a suspected causative link with gastritis?

When we were just testing patients randomly we couldn’t see any link. But then we tested every single patient until we had 100 patients, of whom 13 had a special kind of ulcer called duodenal ulcer. And all those 13 patients had the bacteria. We said, ‘Sure, that’s only 13, but it’s quite a coincidence,’ and so we looked at more.

At that stage, looking at the literature and thinking that maybe the bacteria caused gastritis, as Robin believed, suddenly I had the idea that you had to have gastritis to get ulcers. That is, perhaps the bacteria caused gastritis, and gastritis caused ulcers. That would explain why some people got ulcers all their life: they had the bacteria, which were damaging the stomach. It also explained why ulcers came and went: maybe the immune system was getting stronger or weaker at different times. You could heal the ulcer but you got it back because you didn’t get rid of the bacteria. Randomly some people with ulcers suddenly went into remission. Also, of course, people were getting treated with antibiotics by their GPs so they were getting cured. It explained so many different things about ulcers.

But then you had Koch’s postulates to fulfil?

Yes. The sceptics would say, ‘Oh, Dr Marshall, Dr Warren, we think that people with ulcers catch the bacteria. You have the weakness of the ulcer, then you catch the bacteria, and that explains why these bacteria are so common.’

That is the line the drug industry was taking. They didn’t want to lose their sales.

Well, yes. In retrospect, by then the ulcer drug business, globally, was worth three to five billion dollars. It was the first billion-dollar drug, if you like. The companies were selling a lot of this drug to ulcer patients, and they had all their shareholders to worry about. As far as they were concerned, people had ulcers all their life, and so their projection was, ‘If we start you on drugs for your ulcer you will need to spend $1 a day or $3 a day for the next 10 or 20 years to keep your ulcer under control.’ If suddenly ulcers could be cured and it became unnecessary to take ulcer drugs all the time, the share value would go down by three-quarters. So they didn’t want to support us, and they did all kinds of other research trying to prove that bacteria did not cause ulcers. They would be very sceptical.

We did some animal experiments, but we could not make the human bacteria infect animals such as rats or pigs. So I said, ‘I have to test it out on a human.’ (By this time I was at Fremantle Hospital, running my own mini-lab working on these bacteria.)

Where was the money for this research coming from?

We were doing it on the side! I had a little bit of money from some of the drug companies that made antibiotics, and a guy in Sydney, with one of the ulcer drug companies but a bit of a rebel, supported me. But when he presented my work in Philadelphia they told him to go away. They didn’t want to know about it.

Basically, in those days you could do research within the medical system, on hospital patients, provided you didn’t have private patients. You could do all kinds of testing, and if the pathologist on the other end didn’t raise a bill either, you could do it all for free – although obviously it was costing Fremantle Hospital thousands, because everyone would be working harder. There was also the advantage that you could write a paper and put someone’s name on it. (I realised how important it was for somebody who was helping you, doing you favours, to have their name on a paper. Occasionally I have been remiss and have accidentally left people off a paper, and I have always regretted it.)

Anyway, I decided that I was going to have to drink the bacteria myself. I thought I would just be having no symptoms for a few years, after which I would have an ulcer. And then, halleluiah, it’d be proven.

Actually, I was very shy about this experiment; I didn’t tell anyone, not even my wife or Robin, until afterwards. I might have said at some point, ‘We might have to get a human volunteer,’ and I had written it in my thesis proposal that I was going to use volunteers. But that was some other volunteer. Eventually I decided to do it on myself, because by then it was a very important experiment. If it was successful and I did develop an ulcer or stomach problems from the bacteria, that would prove they were harmful and indicate that possibly I was right, they could cause ulcers.

If nothing happened, my two years of research to that point would have been wasted. I would probably be wrong, and I was going to be a private practitioner, a physician or whatever.

Did you do it properly? Were you documented as not having Helicobacter already?

Yes. I asked my boss in Gastroenterology, Ian Hislop, to do an endoscopy on me one day. As he put the scope down me he was saying, ‘Barry, I’m not going to ask why I’m doing this.’ And, from around the tubing, I gritted out, ‘Just take the biopsy.’ So he took some biopsies from me, and they were all clear. No bacteria.

Then I infected myself with bacteria that I’d cultured from a patient who did not actually have ulcers, just indigestion and gastritis. I was able to eradicate his infection with some antibiotics, so already I knew that I could if necessary take a treatment which worked on this bug. I had some safety features built in, I thought.

Then this locomotive hit you?

You could say that. I drank the bacteria and at first I was okay. But instead of being perfectly well and having a silent infection, after about five days I started having vomiting attacks. Typically at dawn I would wake up, run to the toilet and vomit. And it was a clear liquid, as if you had drunk a pint of water and regurgitated it straight back. Not only that, there was no acid in it. I remembered from my medical student days that if you have a meal where you drink so much beer that it’s coming back up straight away, it doesn’t have any acid in it. I knew there was something unusual about vomiting and not having acid.

Yes, it’s normally quite bitter and unpleasant. Did you have a lot of pain?

There was not really pain, but each evening I was feeling very full after the evening meal. I was starting to take sips of water halfway through my meal to help get it down. I noted that, but it was a very vague kind of a symptom. And this is just one experiment on yourself and you say, ‘Am I imagining this?’ Until I had another biopsy I couldn’t know for certain that I had the bacteria. Finally, after 10 days, I had the biopsy, had another endoscopy – and the bacteria were everywhere.

In the lining of my stomach there were absolute millions of the white cells that we call pus cells, polymorphs. There was no acid being produced by my stomach. I was very uncomfortable with that endoscopy, gagging and throwing up, but I’d proven that the bacteria could infect a healthy person and cause gastritis. I’d proven Robin’s disease.

Robert Koch, who discovered TB and for whom Koch’s postulates are named, had had a similar problem: people didn’t believe TB was causing tuberculosis. They said, ‘It’s so common – whenever we see any kind of pneumonia we find these TB bugs.’ He said that to prove it’s a pathogen you have to culture it, put the culture into an animal and wait for the animal to get the same disease, and then culture the bacteria from that disease. So I had done that; I had developed the disease gastritis and cultured the bacteria from myself. I had fulfilled Koch’s postulates for gastritis, though not for ulcers.

Have they ever been fulfilled for ulcers with Helicobacter?

They were fulfilled 10 years later, using a gerbil, an animal rather like a big mouse. Gerbils get human diseases, and if you infect them with the human bacterium Helicobacter, 50 per cent of them will develop a stomach ulcer in six months. And about 20 per cent get stomach cancer after, say, a year.

An edited transcript of the full interview can be found at http://www.science.org.au/node/325897.