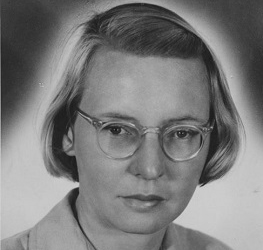 Ruby Payne-Scott Medal and Lecture for women in science
Status

The Ruby Payne-Scott Medal and Lecture is a career medal that recognises researchers of the highest standing in the physical and/or biological sciences. Along with the Macfarlane Burnet and Matthew Flinders Medals, it is one of the most prestigious career awards of the Academy and honours Ruby Payne-Scott’s pioneering contribution to radiophysics and radio astronomy. The Lecture is given at an Annual General Meeting of the Academy and complements that of the other prestigious awards.

The award is made annually and is restricted to women researchers who are normally resident in Australia and for research conducted mainly in Australia.

To be eligible for nomination an appropriate period of time should elapse following the receipt of any other Academy award.