6. What does the future hold for vaccination? 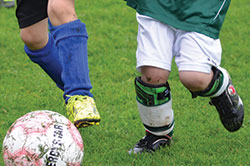 The benefits of vaccination worldwide will continue

Vaccination represents the most successful form of disease prevention available today 11, 93. In the past 20 years, vaccine technology has improved, resulting in production of vaccines against a broad range of infectious diseases.

Nevertheless, the burden of infectious diseases worldwide remains high, particularly in developing countries. According to the World Health Organization, infections still account for about 40% of all recorded deaths worldwide 94.

Future strategies to meet this challenge include extending the use of existing vaccines, new technologies to deliver vaccines and generating new vaccines. Priority targets for future vaccines include viruses, bacteria and parasites (see Figure 6.1).

Existing vaccines will be used in new ways

Using existing vaccines in different ways shows promise. One example is administration of a killed vaccine, normally given during childhood, to a pregnant woman. This immunisation boosts antibody levels in the mother, allowing the extra antibodies to reach her baby by crossing the placenta, and via the mother’s breast milk. Doing this protects her newborn baby while the baby’s immune system is still maturing 26. In the future, giving a malaria vaccine in this way could be beneficial to protect newborns from becoming chronically infected from birth 93. Another way of applying existing vaccines more effectively is to target them to elderly people, who make up a growing proportion of the population. For instance, elderly people in hospitals are more prone to infections with vaccine-preventable diseases such as Streptococcus pneumoniae, influenza virus and shingles-causing varicella 93.

Many technologies under development will improve the simplicity and effectiveness of vaccine delivery.

To make a vaccine that only needs to be given once, it must either be very powerful, or be packaged in such a way that its contents are released intermittently once it has been administered. Under development are multilayer particle technologies 95, 96 and alternative adjuvants, which have the potential to remove the need for multiple shots 97.

Needle-free administration is already possible for some vaccines, such as live vaccines given orally (polio vaccine) or via a nasal spray (influenza vaccines). Currently, many vaccines need to be injected, but researchers are working on edible (plant-based) vaccine materials 98, needle free skin patches and microneedle injection technologies to get the vaccine through the skin without discomfort 95,96.

Most successful vaccines protect against acute infections largely through production of antibodies. Vaccines for chronic infections, in particular malaria, HIV and tuberculosis remain a problem. One of the major reasons for this is the viruses, bacteria and parasites that cause these infections ‘hide’ from the immune system in the person’s own cells. To overcome this, an immune response mediated by T-cells is required (see Question 1), instead of, or in addition to, an antibody response 93, 101.

There are effective vaccines to target infections that predispose people to long-term complications, such as cancer 102. Examples include vaccines to the human papillomavirus (HPV) 103, hepatitis B and the shingles-causing varicella virus. On the other hand, there are still no vaccines for other infections associated with many serious long-term complications. For instance, infection with the bacterium Helicobacter pylori predisposes patients to stomach cancer 104, group A streptococcus infection is responsible for rheumatic fever 38—still a major cause of death and disability in developing countries, and chlamydia infection can lead to infertility and blindness 105 (see Figure 6.1).

Vaccines have the potential to be used to treat rather than prevent infectious and noninfectious diseases. Such therapeutic vaccines are being targeted at persistent infections, such as shingles, and also at non-infectious conditions, including autoimmune disorders, allergies and cancers not related to infections. In the case of tumours, the vaccine can either be directed against the tumour itself or be designed to amplify the anti-tumour immune response. By contrast, for autoimmune or allergic disorders, the vaccines are being designed to switch off unwanted immune responses, so-called negative vaccination—rather than switching on the useful immune response needed for infections and cancer 106.