3. Who benefits from vaccines? 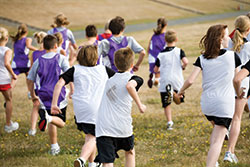 Individuals benefit, in the short and long term

An effective vaccine protects an individual against a specific infectious disease and its various complications. In the short term, the efficacy of a vaccine is measured by its capacity to reduce the overall frequency of new infections, and to reduce major complications, such as serious tissue damage and death 1.

All vaccines currently in use in Australia confer high levels of protection that are sufficient to prevent disease in the great majority of vaccinated individuals, and in the wider community (see section on the community at large, right). In other countries where the use of vaccination is widespread, there has been a dramatic reduction in the number of people who become ill and die from formerly common and severe infections 4 (see Box 7 and Figure 3.1). For example, the whooping cough vaccine prevents disease in 85% of recipients 6, while the measles vaccine prevents disease in 95% of recipients 1,69. The remaining individuals may not be fully protected and remain at least partially susceptible to infection. This may be due to genetic factors, or to the presence of other medical conditions that impair the capacity of the vaccine recipient to mount a protective immune response.

Booster doses of some vaccines are required to maintain protection. Examples include the whooping cough, tetanus, and polio vaccines, as well as the more recently introduced conjugate pneumococcal and meningococcal vaccines (see Question 2). In contrast, a single course of others, such as the hepatitis B vaccine, appears to be sufficient to provide lifelong protection.

Vaccines can protect against long-term complications of infections

The efficacy of vaccines is most often thought of in terms of their capacity to protect against the immediate consequences of serious diseases such as meningitis, pneumonia, hepatitis, chickenpox and measles. By preventing infection, vaccines can also prevent long-term complications associated with chronic infections, where the pathogen persists in the body after the initial infection has passed.

Certain viruses can cause dormant infections. Such persistent infections can eventually lead to chronic damage of infected organs (e.g. encephalitis induced by measles, called SSPE 60, or cirrhosis of the liver, caused by hepatitis B 61 or hepatitis C virus infection 62).

On the other hand, currently available vaccines are generally not capable of eliminating a virus infection once it has been acquired. This is why hepatitis B vaccine is administered from birth, and why HPV vaccine is delivered in late childhood or very early adolescence, before the individual is at risk of being exposed to the virus through sexual encounters 2,66.

An exception to the rule of vaccines being unable to control established viral infections is seen with the chickenpox vaccine. This vaccine protects against the development of a long-term complication of the infection, shingles (also known as herpes zoster). Shingles is a debilitating condition characterised by the appearance of painful blisters on parts of the skin above nerves where the chickenpox virus has lain dormant since infection in childhood. Adults who had chickenpox in childhood can be given a high-dose chickenpox vaccine to boost immunity, resulting in a substantial reduction in their subsequent risk of developing shingles 67.

The community at large benefits

An important feature of immunisation is that it brings benefits not only for the individual who receives the vaccine, but also for the entire population through a phenomenon called herd immunity 1.

Herd immunity occurs when a significant proportion of individuals within a population are protected against a disease through immunisation. This situation offers indirect protection for people who are still susceptible to the disease, by making it less likely that they will come into contact with someone who is carrying the pathogen.

In addition to protecting unvaccinated individuals, herd immunity benefits the small proportion of people who fail to respond adequately to vaccination 68.

In the case of a highly infectious disease such as measles, more than 95% of the population must be vaccinated to achieve sufficient herd immunity to prevent transmission if the disease recurs.

For other childhood infections, the proportion of the population that need to be vaccinated is lower, because the diseases are less infectious—for instance, until very recently no cases of diphtheria had occurred in Australia since the 1970s, despite immunisation coverage of much less than 95% of the population 68.

The effectiveness of herd immunity is well illustrated by reference to the introduction of a new form of the pneumococcal vaccine, which protects against disease caused by the bacterium Streptococcus pneumoniae. In addition to protecting susceptible infants and young children from the disease, this vaccine also reduces circulation in the community of the bacteria present in the vaccine. Consequently, older people are also protected, even though they have not been vaccinated against this organism 70 (see Figure 3.2).

When a large proportion of a community is immunised, it can lead to a situation where there are very low levels of the disease in that population. This is referred to as control of the disease.

Even more effective and prolonged vaccination programs can result in interruption of transmission in the population for long enough to ensure that there is no residual disease— elimination of disease. However, even when high levels of community coverage with a vaccine are achieved, infection may be reintroduced, for example by unvaccinated travellers or, for some pathogens, an animal that is a carrier. In Australia, isolated outbreaks of infectious diseases such as measles have been attributed to transmission from unvaccinated carriers.

Box 7: Are reductions in infections due to better health and hygiene rather than vaccination?

Yes and no. Improvements in healthcare, such as widespread availability of antibiotics and better overall medical support systems, have reduced deaths from all diseases. However, the additional impact of vaccines themselves on infectious diseases is dramatically illustrated by the disappearance, or near disappearance, in Australia of deaths from diphtheria, whooping cough, tetanus, polio and measles (see Figure 3.1) and more recently from cases of Haemophilus influenzae type B (Hib) and meningococcal type C infection (see Figure 3.2).

For diphtheria, the death rate fell after the toxoid vaccine became available. In the case of diseases such as whooping cough, tetanus and measles, although there was some evidence of a decline in death rates before the relevant vaccines were available, the decreases in disease and death rates were much greater after introduction of the respective vaccines.

In contrast, improvement in hygiene, in the absence of vaccination, had a significant adverse impact on the incidence of polio. By lessening the chance of exposure of young people to the polio virus, the initial effect of improved hygiene was a steady increase in deaths. This is because paralysis and death were more common among older people who had not been exposed to polio during childhood. After the vaccine became available in Australia in the mid 1950s, the disease almost disappeared over the next decade.

The introduction in 1993 of the Hib vaccine and in 2004 of the meningococcal type C vaccine, led to a very rapid and obvious decline in the number of severe and sometimes fatal infections. Such a dramatic effect in recent times could not possibly be attributed to any change in living conditions or medical treatment.

Once a high degree of control is achieved worldwide, it is theoretically possible to eradicate an organism and the associated risk of infection, provided there is no other animal that can carry the infection and transmit it back to humans. This was achieved with smallpox in the 1970s and there is hope that such a goal may also be achievable for polio and measles, for which, as for smallpox, humans are the only host. Compared with 350,000 cases in 1988 71, only 650 polio cases were reported worldwide in 2011, a figure that now stands at less than 150 for 2015. The only countries in which transmission of polio has never been interrupted are Nigeria, Pakistan and Afghanistan 71.

Cost-effectiveness of community immunisation programs is determined by measuring the benefits—in terms of cost and quality of life—that result from preventing illness, disability and death, and comparing them with the costs of vaccine production and delivery to the population. A striking example is the benefits of polio vaccination. In the first six years after introduction of the vaccine, it was calculated that more than 150,000 cases of paralytic polio and 12,500 deaths were prevented worldwide. This represented a saving of more than US$30 billion annually in 1999 dollars 72.