5. How are vaccines shown to be safe? 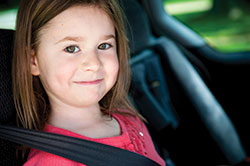 Safety testing is an integral component of vaccine development and use

Careful testing of safety is an essential part not only of vaccine development and manufacture, but also of ongoing surveillance programs after vaccines have been introduced into the community.

The importance of strict routine testing is illustrated by an incident that occurred in 1955, before such testing was introduced, when a batch of polio vaccine had not been fully inactivated and still contained live virus. As a result, some recipients and their close family members developed polio infections, leading to paralysis and some deaths 84. No such events have been reported since.

Vaccine safety is always assessed before licensing for use

During vaccine development, initial safety testing procedures occur in two stages (see Figure 5.1). The first stage involves preclinical assessment in the laboratory 85. If a vaccine fails these safety tests, it cannot progress into clinical trials. Vaccines are then evaluated in three phases of clinical trials. In phase I clinical trials, the vaccine candidate is given to small numbers (25–50) of healthy adults with the primary goal of assessing safety.

Phase II trials involve hundreds of participants and are designed to demonstrate how effective a vaccine is in mounting an immune response, and to determine the optimal dose regimen. Phase III clinical trials aim to demonstrate protection against the target disease and safety, and this usually requires administration of the vaccine to many thousands of potentially susceptible people. Only after the vaccine has passed each of these safety and efficacy hurdles is it approved for widespread community use.

Safety assessments continue once a vaccine is licensed for use

Some side effects of vaccines are so uncommon, they are not detected during the extensive safety testing before vaccine licensure. To ensure that authorities can detect such unanticipated side effects, careful surveillance continues even after a vaccine candidate has proven to be effective and has passed all safety checks in thousands of people. The formal term for this systematic collection of data and analysis of reports of any suspected adverse events is post-licensure assessment (see Figure 5.1).


The value of ongoing safety testing of licensed vaccines is demonstrated by the successful identification of potential clinical problems. The most recent example is the detection of an increased risk of febrile seizures that unexpectedly occurred in young children given a particular influenza vaccine in Australia in 2010 86. When the problem first became apparent, the use of all influenza vaccines in young children was suspended to allow time for authorities to identify the one type of vaccine preparation causing the problem. Meanwhile, influenza vaccines shown not to be associated with unacceptable rates of febrile seizures were reintroduced to ensure that protection against influenza remained available for children at high risk of complications from the disease.

Likewise, in adults, long-term surveillance has been used to determine the risk of developing Guillain–Barré syndrome (GBS), a rare (one to two cases per 100,000 people) but serious condition characterised by temporary paralysis which has occasionally been reported to occur after influenza vaccination. The conclusion of these long-term studies was that, at most, one additional case of GBS occurs for every million people vaccinated against influenza 87. On the other hand, the risk of developing GBS after influenza infection is much greater 12.

Box 12: If vaccines are so rigorously tested, why are some withdrawn from the market after introduction into the community?

Withdrawal of vaccines from the market is very rarely required. Occasionally, adverse events may occur too infrequently to be detected during phase III trials. For example, rotavirus is a viral infection that causes severe diarrhoea among infants and young children. One specific vaccine against rotavirus called Rotashield was shown to be effective and generally well tolerated in clinical trials 88. A few cases of intussusception, a blockage of the small bowel, were noted during a phase III trial but the numbers were not found to be statistically significant 89. As a normal precaution, doctors were then encouraged to report cases of intussusception when Rotashield was introduced. Within a year this reporting revealed a small but significant increase in the number of cases of intussusception, leading to withdrawal of the vaccine.

Rotavirus vaccines were redeveloped and further tested in clinical trials sensitive enough to rule out the risk of intussusception at the level reported following use of the Rotashield vaccine. When the new vaccines were introduced, active surveillance in Australia detected a slightly higher number of cases of intussusception 90. When the risk was balanced against the benefits of the vaccines, which prevent an estimated 1–2 deaths and nearly 8,000 hospitalisations each year in Australia 91, continued use was recommended. Similarly, the World Health Organization, based on the benefits of new rotavirus vaccines greatly exceeding the risk of intussusception, has recommended continued use globally 92.